AMD Blasts Off To Space With Meteoric 68% Revenue Growth For Last Year! 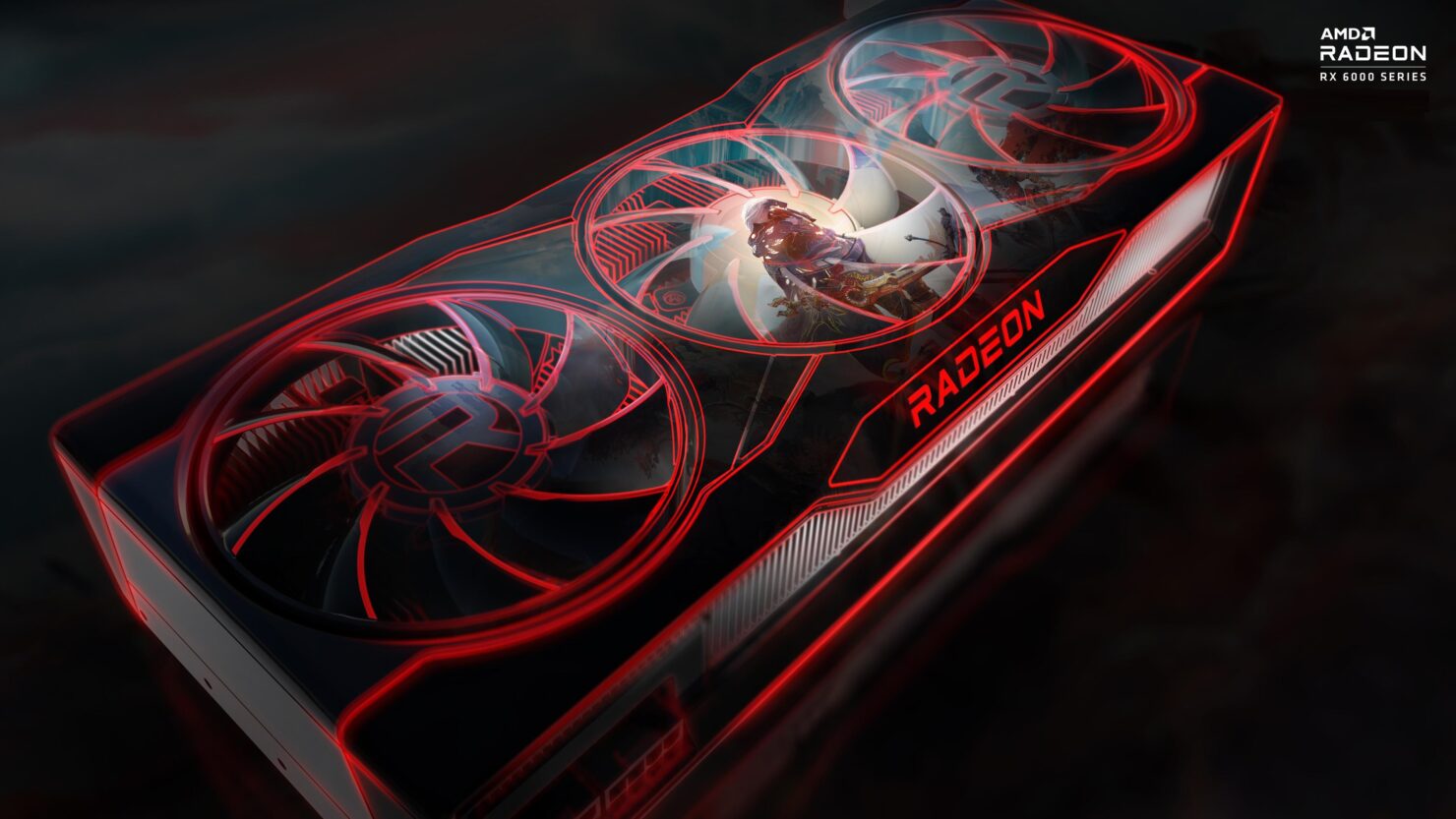 In yet another blistering earnings report released moments ago, chip designer Advanced Micro Devices, Inc (AMD) has continued on its strong growth trend. AMD, which reported its financial results for the fourth quarter of and the full fiscal year 2021 after the close of trading today, revealed that the company grew its annual revenue for FY 2021 by an eye-whopping 68%, with its revenue for the fourth quarter of 2021 managing to top estimates from even the most optimistic analysts.

AMD's strong quarterly growth reflects its growing presence in the corporate computing segment, which utilizes data centers for various purposes, with the Q4 results showing that the data center and enterprise segment is now nearly an equal partner in the company's revenue pie. alongside AMD's consumer computing segment.

The Santa Clara, California chip firm's Q4 2021 earnings report shows that as December 2021 came to an end, it managed to rake in $4.8 billion in revenue. This marked a strong 49% yearly growth, a percentage that has become common over AMD's earnings reports. It also showed that when compared to its Q3 2021, AMD grew revenues in the fourth quarter by 12%. In the third quarter, the chip designer had earned $4.3 billion in revenue, for a stronger 54% annual growth rate, alongside a similar 12% sequential growth.

In addition to the quarterly figures, AMD also posted its financial metrics for the full fiscal year 2021. At the end of FY2021, the company brought in $16 billion in revenue, which marked a staggering 68% annual growth over the figures for the previous fiscal year. For its fiscal 2020, AMD had posted $9.8 billion in revenue, which in itself had marked for a remarkable 45% growth over the revenue posted by the chipmaker in FY2019. 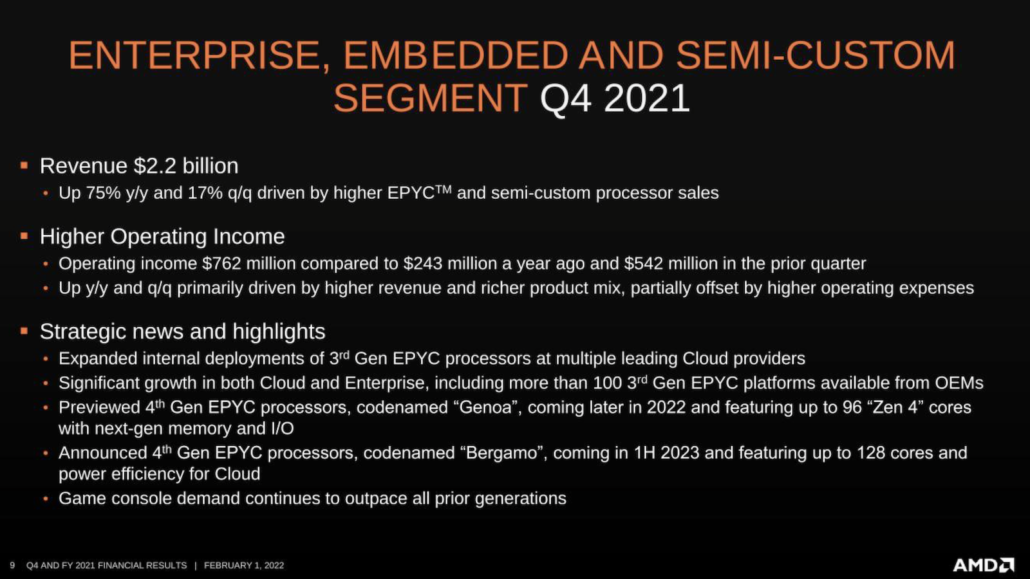 Enterprise fueled AMD's growth during Q4 2021 according to the company's investor presentation.

The company's enterprise, embedded and semi-custom segment, which accounts for its sales to corporate customers alongside products present in popular gaming consoles accounted for the bulk of AMD's revenue growth during Q4 2021. Its latest data shows that as the previous quarter ended, AMD brought in $2.2 billion revenue in the segment, to mark for 75% annual and 17% sequential growth rates - both of which are higher than the growth rates for AMD's revenue during the same time period.

Another key win for AMD during the quarter is the company's gross margin. This metric, which measures the percentage of the company's revenue after direct costs have been accounted for with its total revenue, stood at 50% during the quarter, marking for a rare occasion for it to touch the coveted mark. However, the fiscal year results left a bit more to be desired in the segment, with the gross margin for FY 2021 standing in at 48%. AMD isn't giving up though, as by the end of its current fiscal year, i.e., FY2022, the company expects that its gross margin will cross 50% to stand at 51%.