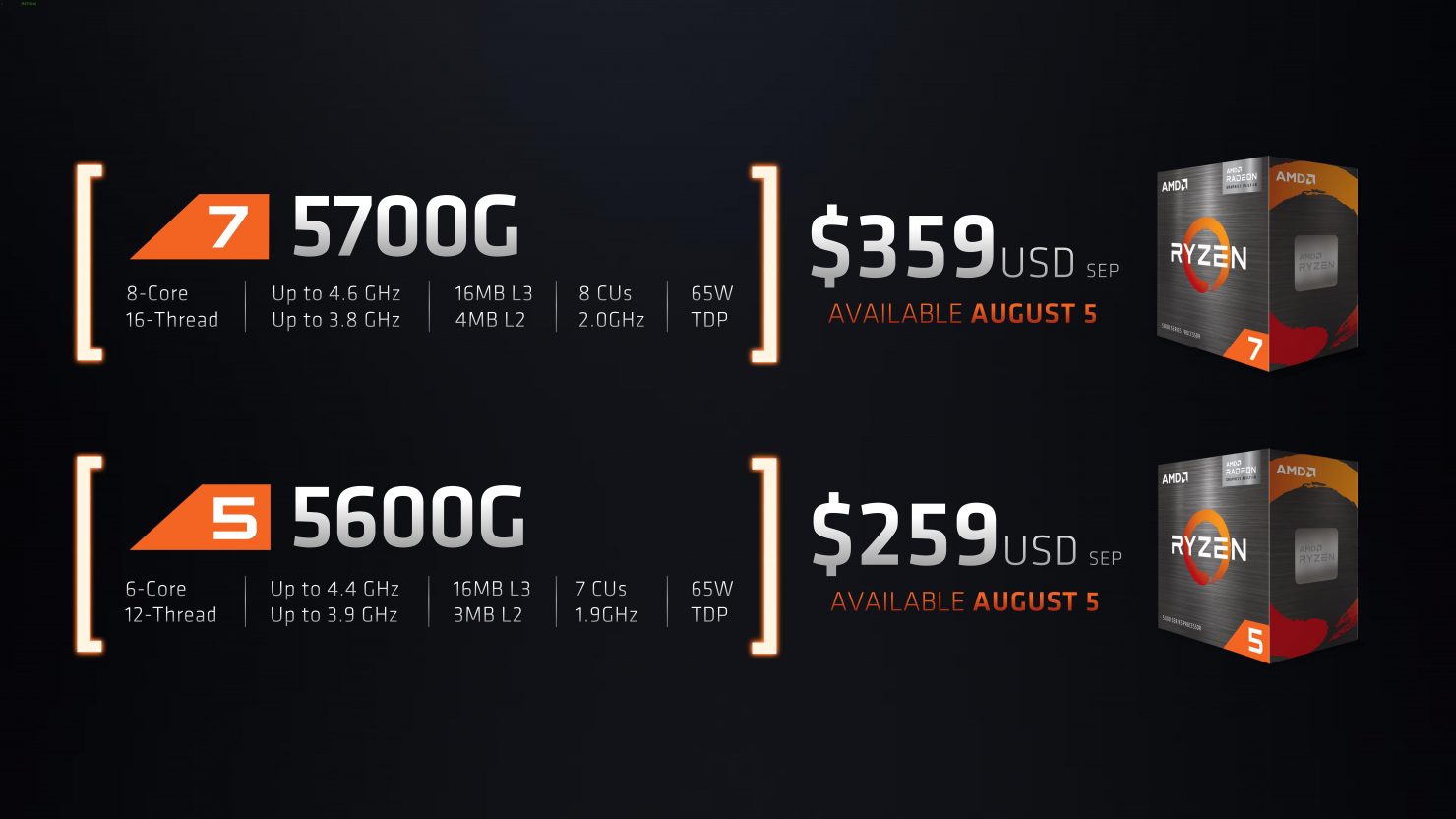 More than a month after their launch in the OEM segment, AMD is officially announcing that its Ryzen 7 5700G & Ryzen 5 5600G 'Cezanne' APUs will be making their way to the DIY segment.

The AMD Ryzen 5000G Cezanne Desktop APU family will be featuring the brand new Zen 3 cores that have already made their debut on the Ryzen mainstream, Ryzen mobility, & EPYC server CPU platforms. The family consists of three processors which include the Ryzen 7 5700G, the Ryzen 5 5600G, and the Ryzen 3 5300G however, only the top two parts are making their way to the DIY segment first. 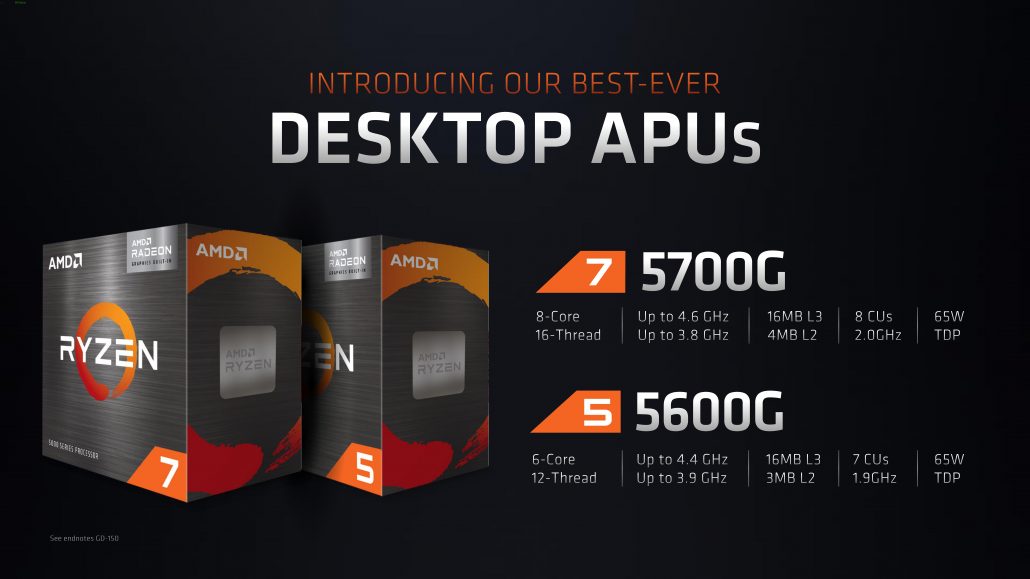 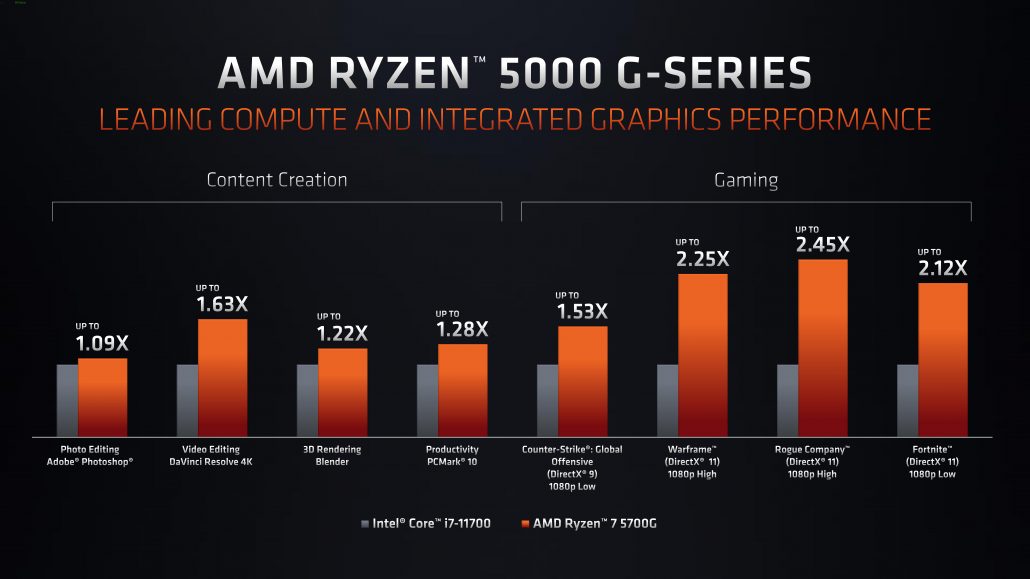 AMD also showcased the graphics prowess of its enhanced Vega GPU cores which are up to 2.45x faster than the Xe graphics featured on the Intel Rocket Lake Desktop CPUs. Again, it's the right to bring these fantastic APUs to the DIY segment, and more people can now start assembling budget gaming PCs around them.