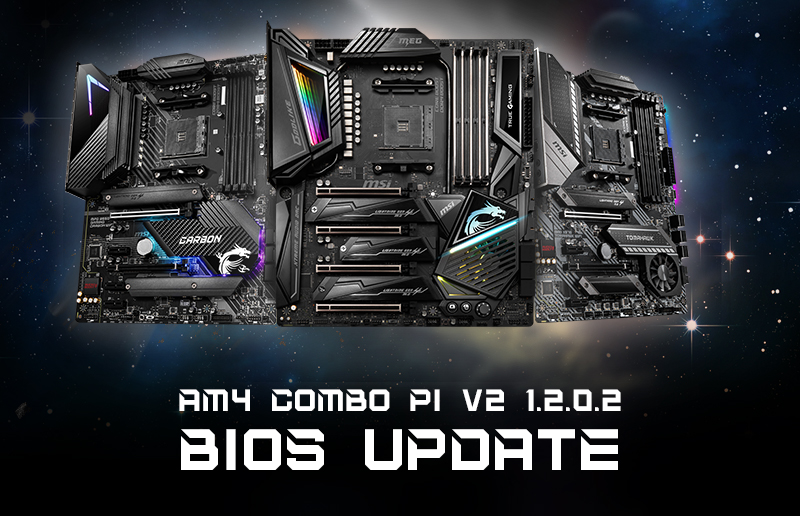 AMD's board partners have released the official AGESA 1.2.0.2 BIOS firmware for their X570, B550, X470 & B450 motherboards, offering improved Ryzen CPU compatibility & USB bug fixes. The latest AGESA Firmware is an incremental step up from AGESA 1.2.0.1 which was released in BETA version, last month.

The AMD AGESA 1.2.0.2 BIOS Firmware was scheduled to roll out this month as the company had reported and it looks like MSI is the first motherboard maker to once again offer support for X570 and B550 motherboards. The AGESA 1.2.0.2 BIOS Firmware is designed to address the intermittent USB issues related to Ryzen CPUs and the respective AM4 platform. Several motherboard makers had also released the AGESA 1.2.0.1 Patch A BETA BIOS to address the issues but the 1.2.0.2 patch is the official release.

We would like to thank the community here on the AMD Subreddit for its assistance with logs and reports as we investigated the intermittent USB connectivity you highlighted. With your help, we believe we have isolated the root cause and developed a solution that addresses a range of reported symptoms, including (but not limited to): USB port dropout, USB 2.0 audio crackling (e.g. DAC/AMP combos), and USB/PCIe Gen 4 exclusion. via r/AMD