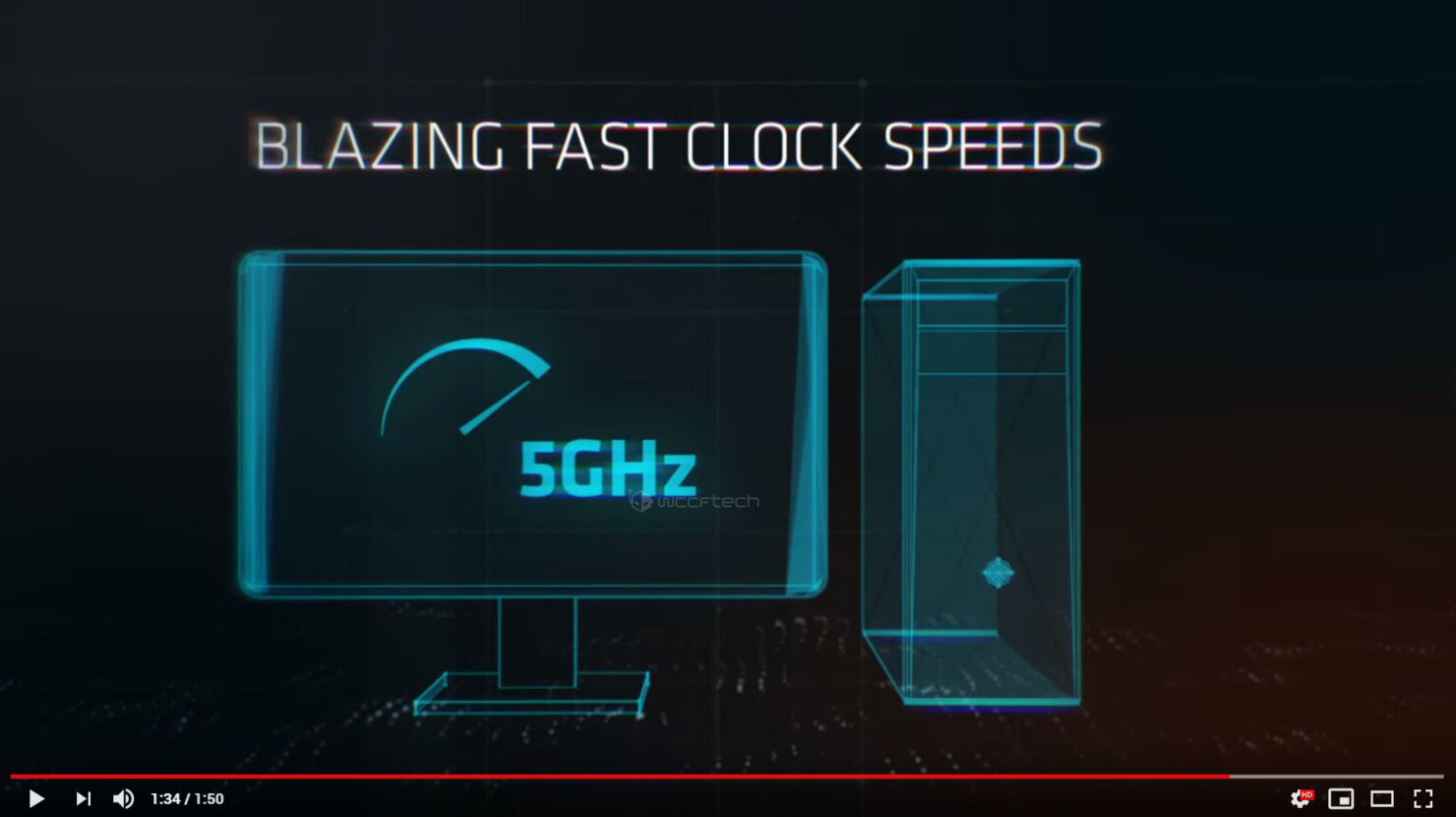 AMD recently settled a false advertisement lawsuit with Bulldozer but looks like they might have made a marketing booboo again (jokes aside, this will probably be taken care of before it can do any damage) as the company advertises Ryzen PRO as capable of hitting 5GHz clock speeds. As we know (and as AMD's official website confirms) this is not the case and unless you are using LN2, you will not get 5GHz out of the box with the Ryzen PRO processors. I am not entirely sure how this got past legal as they are usually pretty vigilant about these things but I have reached out to the company and am currently waiting for a response.

The promo in question can be found on AMD's official YouTube page and shows 5GHz clock speeds at the 1:34 timestamp. Considering Ryzen PRO cannot hit 5GHz turbo (even on a single core basis) without using LN2, this is something that would probably be considered false advertisement. Although hopefully, AMD would be able to take this video down as soon as possible. The complete video (which might have been taken down by the time this article goes live) can be found below:

To put this into perspective, AMD's official reviewer's guide lists the highest all core clock rate as 4.3 GHz. Reviewers have reported that the stable all core clock rate is actually 4.05 GHz which is what the thing stays on for extended loads with adequate cooling. What probably happened here is that the marketing department used stock animations for the clock speeds and forgot to tweak them according to the specs of the Ryzen PRO.

This is a rather short post considering there isn't much add to it and was just something funny so this is going to be all folks. Tell us what you think of AMD's booboo?