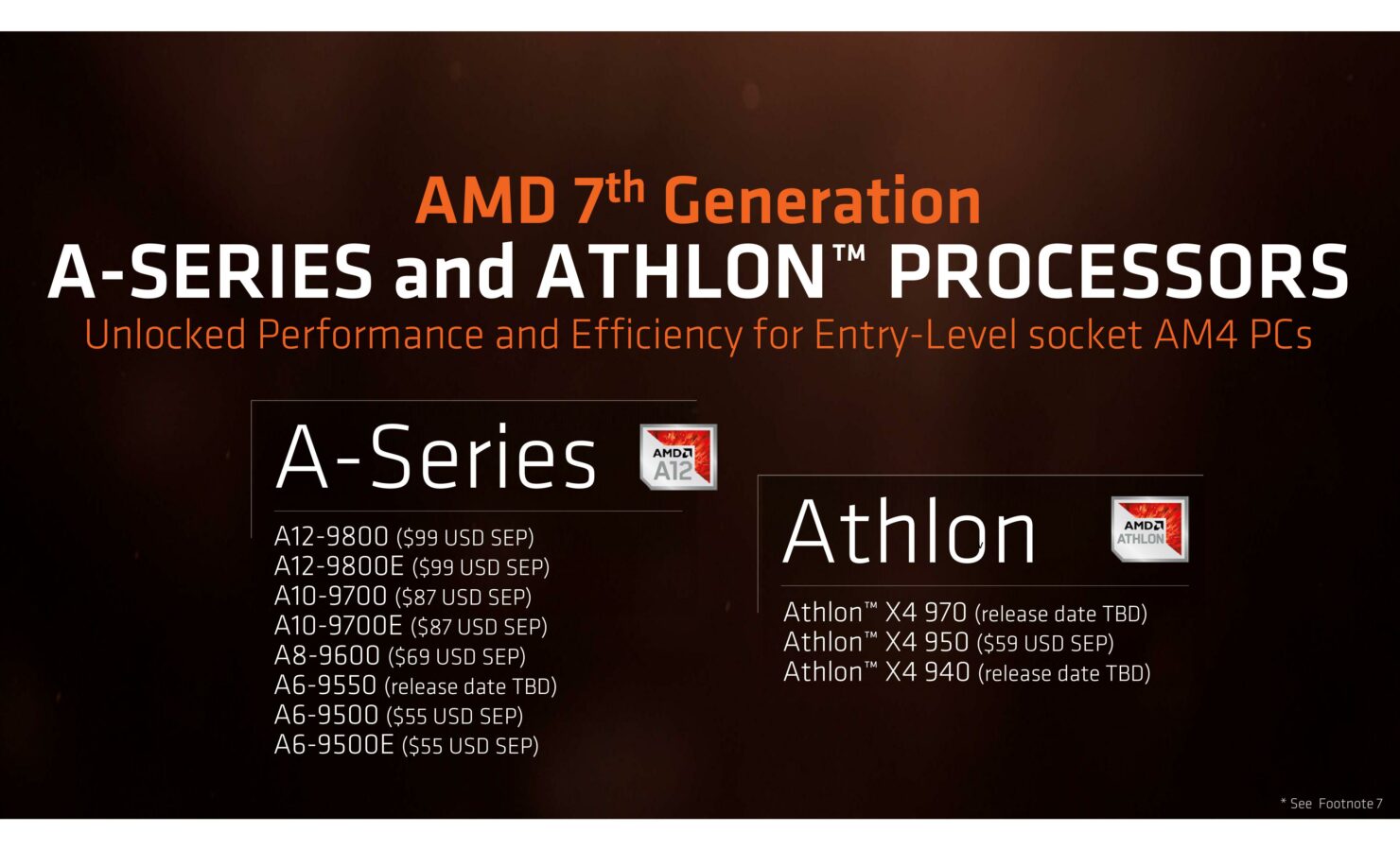 I think we've given motherboard vendors enough time to get an updated UEFI out there to unlock the A Series chips for the AM4 Platform. Unfortunately they seem to have not been bothered too much.  It's an unfortunate thing for sure, but when you see in synthetics how closely the A12 9800's R7 iGPU performs to the Radeon R7 250 1GB GDDR5 Model it makes you want to hold out hope that we'll see these chips get a little more love down the road.  In the video included we take a look at performance of the A12 9800's R7 iGPU  and the R7 250 in 3DMark Sky Diver and a handful of games at 720p.

AMD CPU Updates 2018: 12nm Zen+ For 2nd Generation Ryzen in April and Threadripper in Second Half – X470 Motherboard Family and Raven Ridge Desktop APUs For AM4