AMD states that 10 FreeSync monitors will launch before the end of March and that the number will grow to at least 20 by year's end.

Of the 11 FreeSync monitors that AMD mentioned we know of 10 that the company along with its partners had announced shortly prior to CES. The list of company's includes Samsung, LG, BenQ, Nixeus and Viewsonic. And of those 10 different monitors AMD demoed three at CES 2015. AMD's Richard Huddy stated that the company anticipates "at least" 20 monitors to come out before the end of the year with FreeSync support.

Interestingly enough we had covered a new monitor by Asus that was showcased in CES that we had suspected to be FreeSync compatible. And it turns out it may actually be. The monitor in question from Asus isn't marketed as a FreeSync ready unit which we thought was slightly strange. However, now we believe we may know the reason behind that decision. 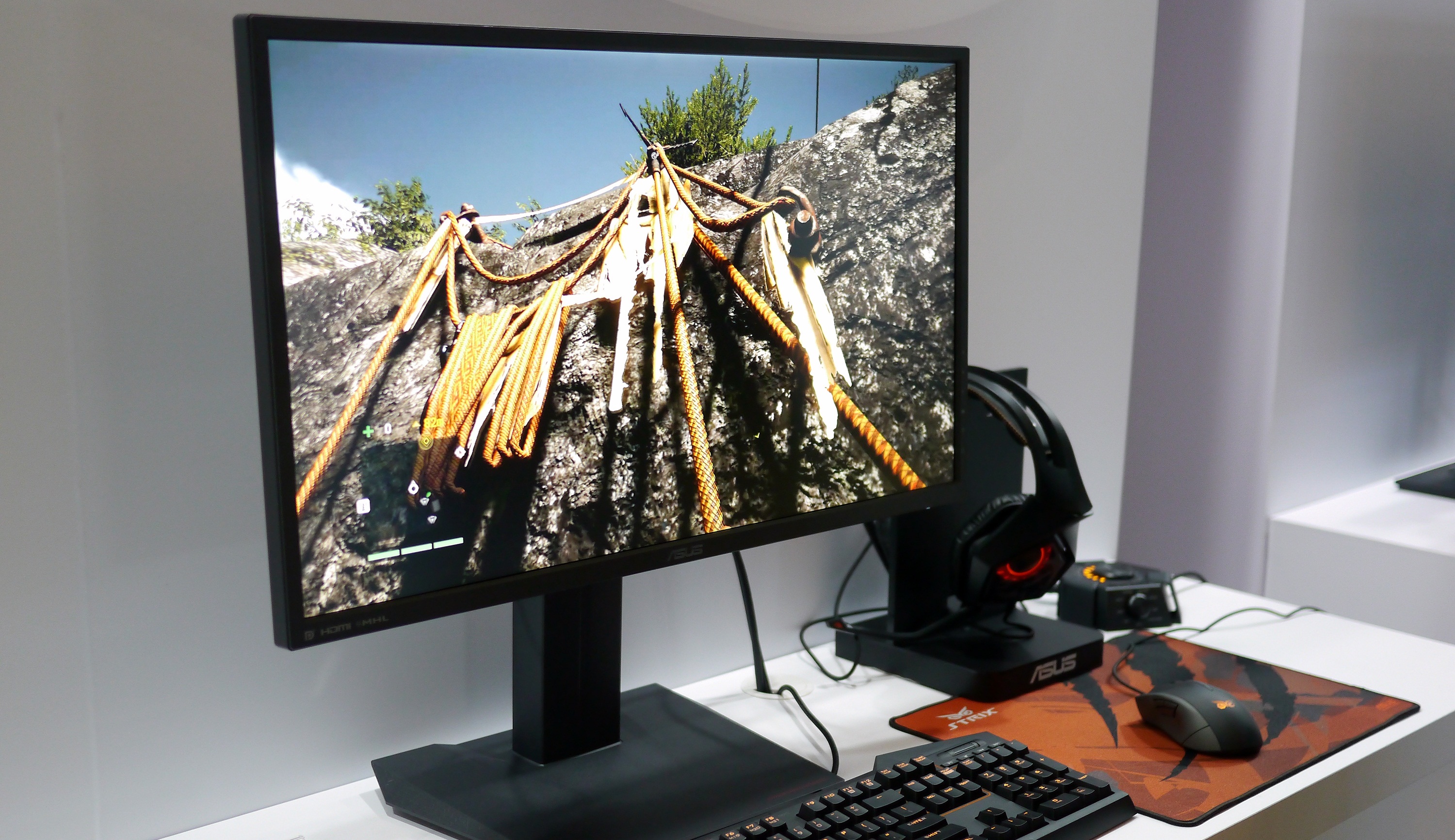 According to Techreport, FreeSync branded monitors require certification which is handled directly by AMD. The certification process is done by AMD for any monitor maker free of charge. In addition, AMD also stated that FreeSync will still work on any adaptive-sync compatible monitor even if it was uncertified. The company will still offer full FreeSync support through the display drivers. This is as long as the monitor supports the DisplayPort 1.2a Adaptive-Sync VESA standard.

It turns out the MG279Q from Asus falls into this category.  The monitor does support the Adaptive-Sync VESA spec however it is yet to be FreeSync certified by AMD. It's still unclear whether Asus intends to have the monitor FreeSync certified in the coming months or not. But either way users should rest assured that they can still enjoy the benefits of FreeSync on any Adaptive-Sync enabled monitor.
UPDATE: AMD told us that the team is considering a certification / validation process for FreeSync monitors but the details of its requirements haven't been finalized yet. However AMD did confirm to us that FreeSync will indeed work on any monitor which is fully compatible with the DisplayPort Adaptive-Sync spec whether it was advertised as a FreeSync monitor or not.

Currently there are ten different FreeSync monitors coming in Q1 (before the end of March) which have been announced. There's another one coming which is yet to be announced. We don't know whether it's the Asus monitor in question or if it's a different unit. This makes a total of 11-12 FreeSync monitors that potential buyers will be able to choose from in the next couple of months.