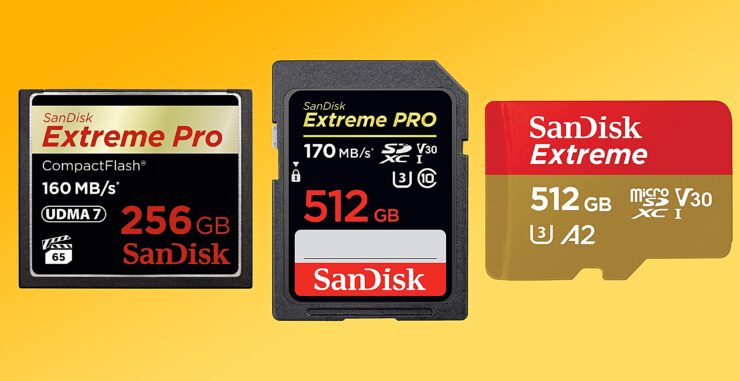 After a successful run with its SanDisk and Samsung microSD sales, Amazon is back yet again, discounting a handful of 4K capable pro microSD, SD and CF cards by a huge margin.

No matter what you do, you'll never ever have enough microSD cards lying around. Loads of our gadgets depend on them including phones, tablets, drones, dash cams, security cameras and whatnot. And the top-end of microSD cards are pretty expensive if you have a gadget that is really demanding on certain read and write fronts. But Amazon is going to make things right by discounting a bunch of high-speed cards today, mainly from the SanDisk Extreme lineup, allowing users to expand on storage without spending much money. Apart from the SanDisk Extreme microSD cards there is an SD card and Compact Flash card up for grabs too.

Some SD card on discount are as follows:

Last but not the least, the Compact Flash card on sale:

Even after the discount, these cards will still set you back quite a bit of money. That's because these aren't your average forms of memory to get the job done. These are extremely fast and can handle 4K video at a very high bitrate without breaking a sweat. Basically, if you have a full-frame camera that can record 4K video, then these options are going to be your best friends.

RAVPower’s MagSafe Wireless Charger is Just $23.99 Now and it Ships with a Wall Adapter too