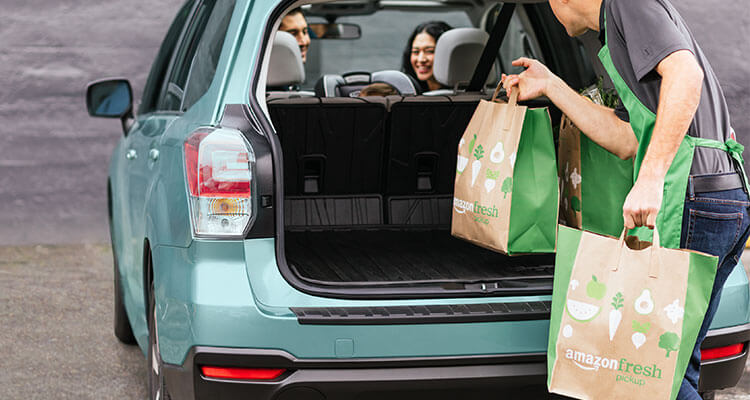 Amazon is a name we all know and admire as it has made our lives so much easier on various levels. The company has successfully launched various brick and mortar bookstores and even tried to launch a cashier-free convenience store. It is once again diving into another brick and mortar venture in the form of grocery stores. Well, since its Amazon there has to be a catch to it right? Yeah you guessed right.

AmazonFresh Pickup, making us lazier as ever

Along with the beta launch of AmazonFresh Pickup today, the company will be giving its customers an amazing advantage. The Amazon customers will be able to order their groceries, drive up to an AmazonFresh location and have the goods delivered to their trunk. No hassle, see? The orders can be done as little as 15 minutes before you drive to get the groceries. This is according to a video announcement by the company.

The items that can be ordered include basic item like meat, bread, dairy and other household items. Another great thing about this service is that there is no minimum order limitation. There is no cost for Amazon Prime subscribers; however, during the beta launch period only the Amazon employees can use the service. According to reports by GeekWire, two AmazonFresh stores are in Seattle’s SODO and Ballard neighborhoods.

Reports on this AmazonFresh Pickup service first struck headlines in 2015 when the company announced that they wished to build brick and mortar locations where customers could pick up their preordered goods. However, at the time when the idea had come into being, the target location for the store was Sunnyvale, California. Initially it was also decided that customers would also have the option of selecting a time window during which they could pick up the groceries. AmazonFresh Pickup service is one of the company’s food related ventures and only last year it had launched its very own private food label, Wickedly Prime.