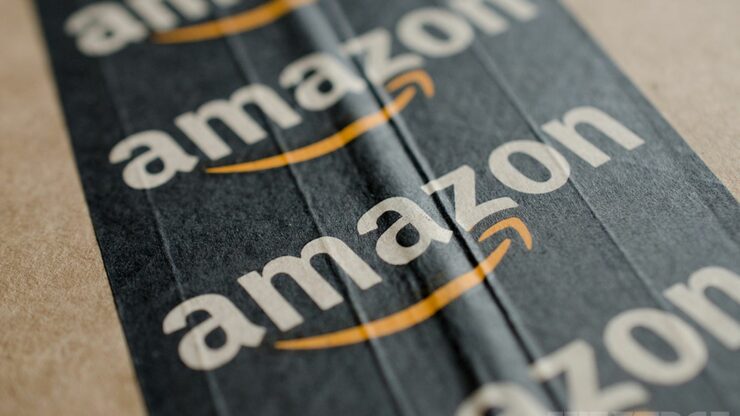 Amazon (NASDAQ:AMZN) just posted its most profitable quarter ever thanks in large part to aggressive revenue and profit growth for its cloud and ad businesses. The e-commerce giant posted profits that more than doubled year-over-year, as well as continued growth in overall revenue. 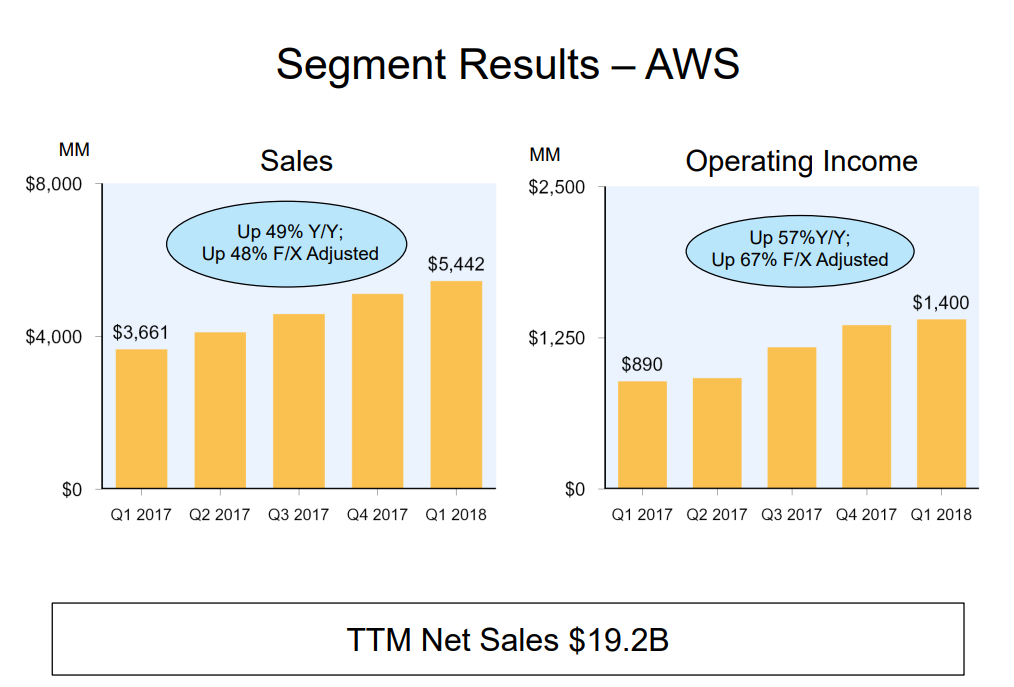 Amazon enjoyed huge success in its cloud-computing business. AWS posted its second consecutive $5+ billion dollar quarter ringing in at $5.44 billion in revenue, a 49% increase Y-o-Y, and $1.4 billion in operating income for the first quarter of 2018.

AWS continues to offer more and more services and in fact, we touched on its expansion into video game development tools/server hosting on a piece a few weeks ago. Bezos' plan for Amazon's cloud services must be paying off as the results show.

Jeff Bezos attributes the success of AWS to its huge head start on the rest of the industry.

“AWS had the unusual advantage of a seven-year head start before facing like-minded competition, and the team has never slowed down. That’s why you’re seeing this remarkable acceleration in AWS growth, now for two quarters in a row.”

The Seattle-based firm also reported for the first time just how many Amazon Prime subscribers it has and the number is impressive - 100 million users now pay to enjoy, among other digital benefits, 2-day shipping for free. Those 100 million subscribers will also be paying more for the service later this year, according to Amazon Chief Financial Officer Brian Olsavsky. The CFO cited rising costs to deliver and fulfill the digital and physical demands of Prime subscriptions, so the cost must go up.

Prime service will now cost $119 up from $99 starting in May for new sign-ups and June for renewals. At the stated 100 million subscribers this should add an additional $2 billion in revenue assuming subscription numbers stay stable.

Amazon's subscription services, which besides Prime also includes Audible (e-books) and Amazon Music, grew 60% Y-o-Y to $3.1 billion in sales. Amazon will continue its partnership with the NFL until at least 2019. Note: ESPN's current Monday Night Football contract is set to expire in 2020 and most rumors reasonably substantiate the fact that ESPN is bleeding cash and may not be able to afford the bid when it comes due....

Amazon counts ad revenue in its "other" category which enjoyed a massive 139% increase from last year, hitting $2.03 billion in revenue. 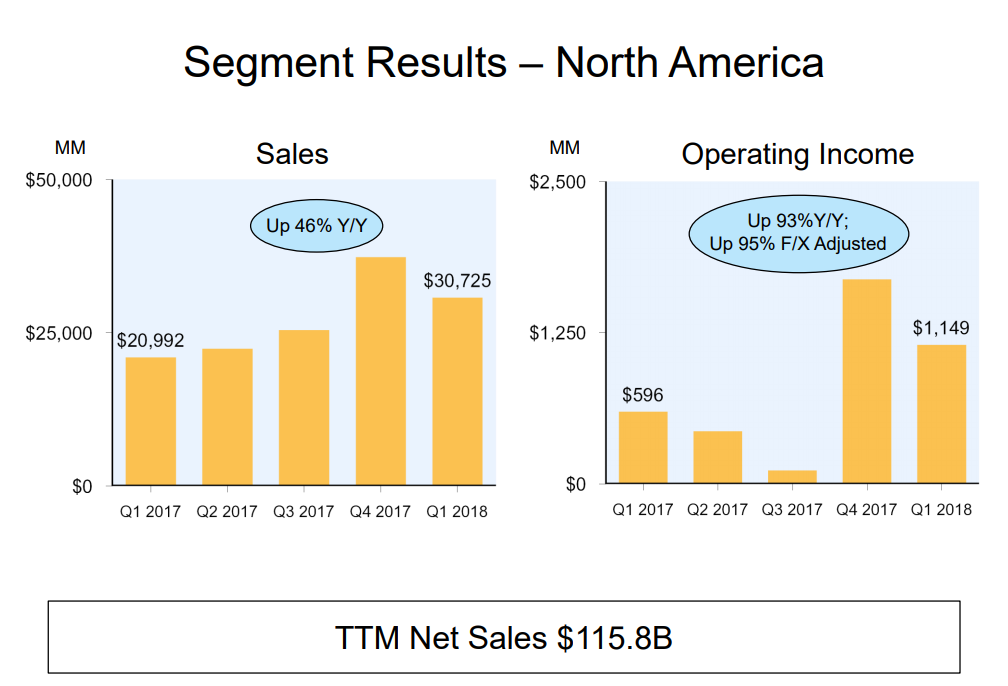 Amazon was much easier to predict for its legacy e-commerce business (the online store most consumers know Amazon for) and brick and mortar operations.

Online sales in North America were massive at $30.73 billion yet Amazon only kept $1.15 billion of that as operating income. Its international e-commerce business actually lost money with a loss of $622 million on $14.88 billion in sales.

Amazon's Whole Foods, a chain of health-focused grocery stores, posted revenues of $4.26 billion, down from $4.52 billion in the previous holiday shopping quarter.

Despite surging profits Amazon continues to invest heavily in emerging technologies and services and cash on hand reserves actually is down at $25 billion from a year ago at $31 billion.

Amazon issued the following guidance for the second quarter of 2018

Amazon will seek to continue to organically grow its e-commerce business via continuing to build out fulfillment centers to deliver more options for 1-day and same-day delivery to more of its customers. AWS and its subscription-based services will be key to continue to show healthy profits, as this is something Amazon has struggled with in recent years. More and more businesses look to cloud-enabled services and platforms to drive their own operations and sales and Amazon is uniquely positioned to continue to capitalize on that.

The first quarter of this year has proved massively successful for the company. AMZN stock briefly reached $1,634/share this morning which was its highest ever recorded trading price. If impending quarters continue this growth pace look for the stock to reach new records as we move through the year.