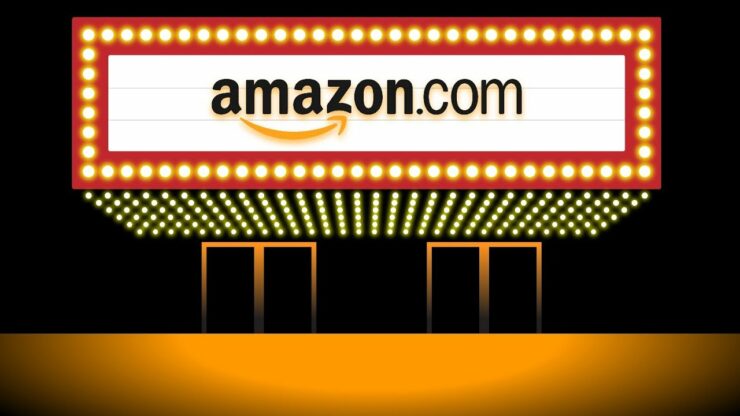 Amazon’s (NASDAQ:AMZN) formidable roving eye has apparently ensnared a new target. According to the reporting by the Daily Mail, the e-commerce giant is considering a buyout of the besieged movie theater chain, AMC (NYSE:AMC).

As per the details, the parent company of Odeon Cinemas, AMC, has held talks with Amazon regarding a potential takeover. Nonetheless, according to the sources of the Daily Mail, it is as yet uncertain if negotiations are ongoing or whether these talks will lead to an eventual buyout.

Should this deal materialize, it would mark a watershed moment for the global film industry that is already experiencing substantial upheaval from increasingly popular online streaming behemoths – Netflix (NASDAQ:NFLX) and Amazon Prime Video. The demand in the streaming space has been further bolstered by the pandemic-era spatial distancing realities and the attendant closure of malls and cinemas.

Bear in mind that neither Netflix nor Amazon has acquired a cinema chain up till now. This was not, however, due to a lack of interest. As an illustration, both Amazon and Netflix were reportedly gunning for a buyout of Landmark Theatres – an American arthouse cinema chain – back in 2018 but were outbid by the Cohen Media Group.

Nonetheless, Amazon’s acquisition of AMC would be far grander in scale as compared to its previous efforts in this sphere. As an illustration, AMC currently possesses around 11,000 screens in the United States. Moreover, even though the company’s share price has collapsed in recent times, it still corresponds to a market capitalization of $415.90 million. Additionally, given that AMC is purportedly on the verge of bankruptcy, Amazon will have entered negotiations with a far stronger upper hand and would probably be able to command favorable stipulations.

Interestingly, even as the global economy is shuddering under the strain of the coronavirus (COVID-19) pandemic, Amazon is continuing to keep an eye out for strategic acquisitions. For instance, the e-commerce behemoth is currently considering a buyout of the bankrupt satellite company, OneWeb.  The company filed for a chapter 11 bankruptcy in the United States back in March 2020 after a collapse in talks between OneWeb and one of its largest backers – the Japanese giant SoftBank Group Corp. (TYO:9984) – for securing at least $2 billion in emergency funding.

Amazon certainly has the arsenal to support its acquisition binge. As an illustration, the e-commerce titan reported $75.5 billion in revenue and $39.7 billion in operating cash flow for the three months that ended on the 31st of March 2020. It also reported a net income of $2.5 billion for Q1 2020.

Amazon, on the other hand, has emerged as one of the most prominent beneficiaries of the spatial distancing measures enacted across wide swathes of the globe in order to combat the ongoing coronavirus (COVID-19) pandemic. Year to date, the stock has registered gains of 28.8 percent even as the broader S&P 500 index has tumbled by 9.3 percent. Amazon’s current market capitalization stands at $1.18 trillion.

Update: Deadline Hollywood has reported that, as per its sources, Amazon and AMC are currently not holding any talks and that the matter of acquisition remains unconfirmed. AMC's shares have pared their gains, moderating to a 28.5 percent rise from the earlier scorching gains of 56 percent.