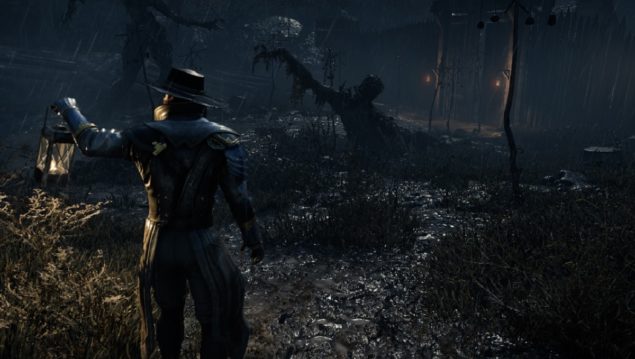 Earlier this week, Amazon unexpectedly announced Lumberyard, its AAA game engine derived from Crytek's CRYENGINE and completely free for any developer to use.

Lumberyard will leverage Amazon's Web Services and Twitch, both tightly integrated into the developer tools, while GameLift can help developers with deploying and scaling session-based multiplayer games.

Venturebeat's Dean Takahashi managed to interview Eric Schenk, General Manager for Lumberyard. Particularly interesting, in my opinion, is the quote near the end where Schenk explains how important games is for Amazon as a whole, and how the decision to create Lumberyard ties into that:

Games are becoming the leading form of entertainment. Over a long arc of time, everyone will be a gamer of one kind or another. When we think about what our customers want, games are right there. We think it’s important to work with our customers and give them what they’re interested in. From that point of view, yeah, we absolutely believe it’s strategic.

This is just day one. We’re just getting started. It’s the start of a long run and we’re looking forward to talking with game developers and other potential users of our technology, getting in front of our customers and hearing what they want. We’ll be steering where we’re going as a result of what we hear from our customers about what they need.

It sounds like Amazon is really invested in gaming, especially for the long term. Even if Lumberyard is free, the company is still going to benefit greatly via Amazon Web Services and Twitch.

Moreover, they will also use Lumberyard in order to create games via their new Game Studios. From the FAQ:

Q. Is Amazon Game Studios using Lumberyard to build games?
Yes. We can’t wait to show you what we’re working on, but we’ll have to ask you to stay tuned for now.

Amazon Game Studios is assembling the world's best talent to harness the power of AWS and Twitch to create new community-driven PC games.

At Amazon Game Studios (AGS), we see gaming becoming the largest entertainment form on Earth. Access to massive computing and communications has fueled massive growth in communities of players, broadcasters, viewers, fans and game developers of all sizes. At AGS, we are developing multiple AAA PC games in our Seattle and Irvine studios that harness the power of AWS and Twitch to create new community-driven game experiences.

We are seeking the industry’s best to help us create, publish and support multiple AAA PC games being developed. Join us, and you’ll have the power of Twitch, AWS, and the entire Amazon ecosystem to shape the future of games. You will work alongside talented industry veterans, including key contributors from dozens of titles: League of Legends, World of Warcraft, Half Life 2, Guild Wars 2, Left for Dead, Portal, Diablo III, Gears of War, Bioshock, Halo, Killer Instinct, Mass Effect, and The Last of Us.

Amazon also acquired Double Helix, the studio responsible for Killer Instinct and Strider, two years ago. We'll keep you updated on any news coming from Amazon about Lumberyard and the games it's developing internally, so stay tuned on Wccftech.