Gaming community had a hint that Amazon is planning to release its own budget Android based gaming console that will compete with other mini gaming consoles such as Ouya and Mad Catz M.O.J.O. However, pushing it out of the bonds of gaming only, Amazon decided to give a healthier and better choice to all those who are looking to buy a mini Android based console and to those who want a set-top box for their smart televisions. 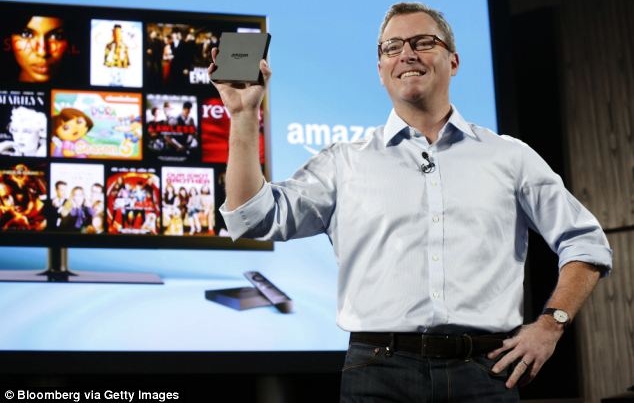 After explaining how Amazon is widening its approach to search, improving connection speeds for streaming devices and the need to improve the ecosystem of the systems in best way suitable to average human, Amazon finally took off the veil and revealed its all new multipurpose set-top box named Amazon Fire TV at an event in New York. Amazon's “Invent and Simplify” idea brought about the existence of this  beautiful mini device which serves both as a gaming console and media streaming device.

One of the best things about Amazon Fire TV is that it is available for purchase from today. Priced at $99, Amazon Fire TV is value of money for both new buyers and those who want to upgrade. Consider it as Ouya that can act as a set-top box too or vice versa. Even though it is obvious that Amazon Fire TV does not level with Xbox One or PlayStation 4 by far, it is a great device that provides casual gaming entertainment to people who would not otherwise buy a console to play games. 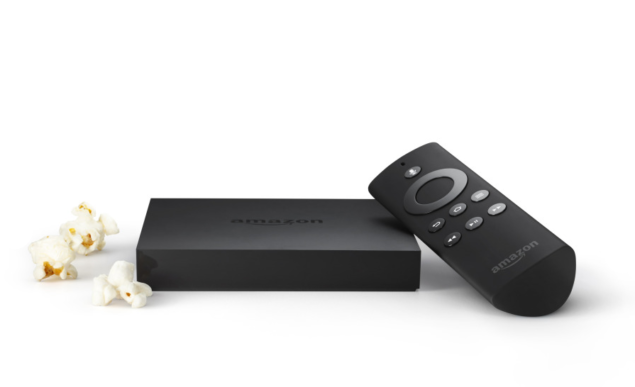 Boasting about services of Fire TV as a streaming device, Amazon made it clear that its set-top box is three times as powerful as its competitors like Roku, Google, and Apple. Amazon Fire TV packs a dedicated graphics processor, a quad-core processor and 2GB of RAM, this means it will handle both gaming and streaming smoothly. One thing that is a bit upsetting about Amazon Fire TV is that those who want to enjoy gaming will have to pay $39.99 extra to buy a separate Fire game controller for the console, although it will come with 1,000 Amazon coins ($10) to buy games. Some games will also be playable with the default Bluetooth remote that comes with the Amazon Fire TV. 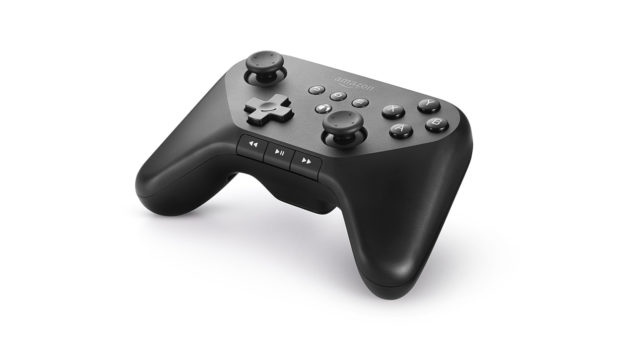 Promising availability of "thousands" of video game titles for Fire TV by May, Amazon mentioned that it is working with various developers including Sega, EA, Disney and other mobile game developers to flood its game library with new and fun-to-play video game titles. Amazon Game Studios will also be developing games for the new console, including a third-person shooter called Sev Zero, which will provided free on purchase of Fire game controller. Games on Amazon Fire TV will be fairly cheap a paid game will go for about $1.85 average. Thousands of free-to-play titles will also be available for users.

As for a media streaming device, Amazon Fire TV offers major integrated video apps like Netflix and music apps like Pandora. Amazon's Instant Video service is also one of the most important things that give an exceptional space to Fire TV on shelves. Amazon is also implementing voice search. Using the built-in remote mic, users will be able to search by voice and skip frustrating process of typing in search phrases. Amazon built Fire TV with a cunning idea. Unlike Ouya, Amazon did not introduce Fire TV purely as a gaming console. Combining two different devices into one will earn Amazon a lot of attraction and the firm will not even have to worry if gaming on Fire TV does not go big. 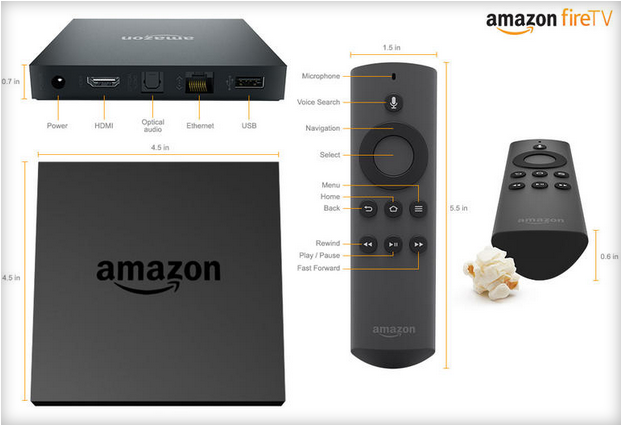 Amazon Fire TV itself is sleek and simple and looks perfect as a set-top box. Amazon says Fire TV is thinner than a dime standing on its edge. While being slimmer than average, Fire TV carries all the typical connection ports. HDMI port, an optical audio output, Ethernet and USB ports are placed around the back of the device. Built-in dual band Wi-Fi completes the basic connectivity needs. Remote that comes with Amazon Fire TV works via Bluetooth so pointing it towards the device to make it work is not necessary.