Amazon Under EU Scrutiny For Anticompetitive Data Use & Seller Favoritism 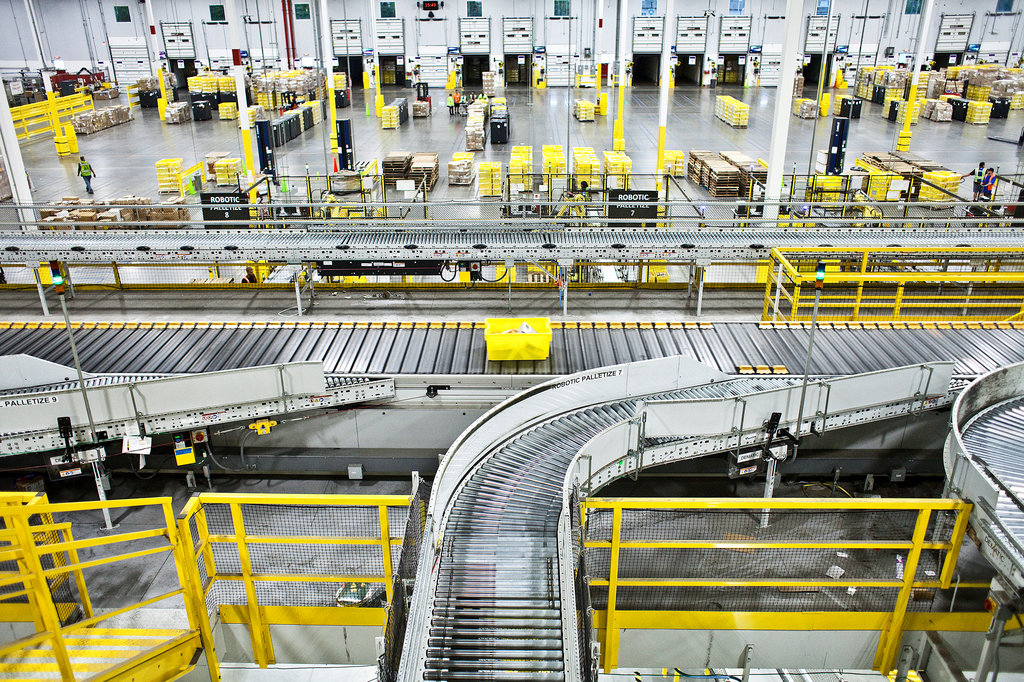 Inside a massive Amazon warehouse. The retailer's scope of operations are unprecedented in history as it deals with a global economy and connectivity. Image: Bryan Anselm/The New York Times

Digital retailer Amazon faced a setback today when the European Commission sent the company an early stage viewpoint about Amazon's third-party seller data use. Amazon, which has come under fire in the United States for having unfairly used third-party data to help boost its own business, might now be facing similar allegations in Europe as well. The Commission made public its preliminary findings through a press release, which comes as tech stock in the U.S. took a beating hours before market close yesterday.

In its Statement of Objections sent to Amazon today, the Commission has highlighted that Amazon might have potentially used third-party seller data to boost products that it itself sells in Europe's biggest markets, namely France and Germany. The data that the company is accused of having misused includes:

Its preliminary findings are accusatory, as they state that not only did the aforementioned data flow into Amazon's systems but that employees of the business also used this data to adjust their product marketing and sourcing practices. Specifically, the Commission notes that:

The Commission's preliminary findings show that very large quantities of non-public seller data are available to employees of Amazon's retail business and flow directly into the automated systems of that business, which aggregate these data and use them to calibrate Amazon's retail offers and strategic business decisions [EMPHASIS ADDED] to the detriment of the other marketplace sellers.

However, later on, the Commission also admits that a final ruling can potentially contradict these findings. If the accusations bear merit, then the EC believes that Amazon will be violating Article 102 of The Treaty on the Functioning of the European Union, by having used this information to overcome the traditional market uncertainty and change that businesses all over the globe have to contend with. 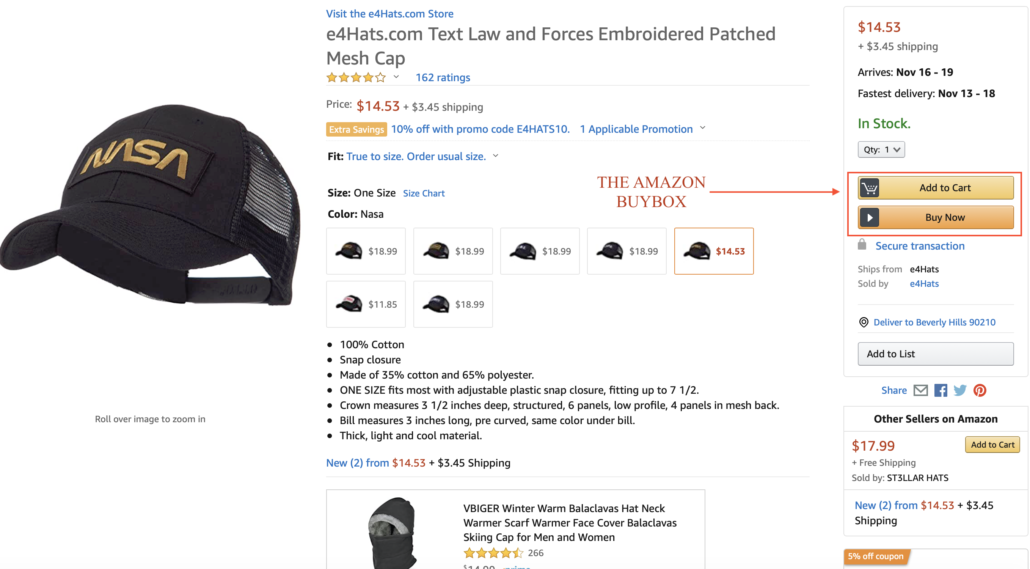 The Amazon Buy Box, shown above, is at the center of a second European Commission investigation.

The governing body that is responsible for managing the daily affairs of the Union also admits that the dispatch of the objectives statement should not be taken to insinuate the nature of any outcome of an investigation.

The potential misuse of seller data isn't the only subject of the EC's investigation, as it is also looking into whether Amazon's logistics and delivery services are providing unfair advantages Amazon's offers and those of its customers. This investigation surrounds what is termed as a 'Buy Box' on an item's Amazon page. The box allows a seller to place its product on a preferential page on the Amazon website, with products from other sellers relegated to a less prominent location below.

In its investigation for Buy Box, the Commission will determine whether Amazon's own retail businesses and those of its logistics customers receive preferential treatment when being considered for a Buy Box award. Additionally, the body will also look into whether all sellers on Amazon's platform have equal access to the company's Prime customers – a segment that the Commission believes is critical due to customer growth.

As was the case with the Statement of Objectives, the Commission explicitly states that the commencement of an investigation does not include with it a presupposition of guilt. In other words, just because Amazon is being investigated for these charges does not in any way imply that the company is guilty of the practices that are under investigation.

After following other stocks and taking a beating on the market yesterday, Amazon's shares slipped by another 1.85 in pre-market trading at 08:30 ET today.