Amazon's Vice President, Paul Misener, claimed that Amazon has delivery drones which will be “more like horses than cars”. He claimed to Yahoo during his interview that his aerial vehicles will not be literally covered in fur and be like horses in real sense instead they will act like horses. Which means that will have the control to overcome any hindering obstacle automatically without any assistance required.

Misener explained "If you have a small tree in your front yard and you want to bang your car into it for some reason, you can do that. Your spouse might not be happy with you, but you can do it. But try riding a horse into the tree. It won't do it. The horse will see the tree and go around it. Same way our drones will not run into trees, because they will know not to run into it." 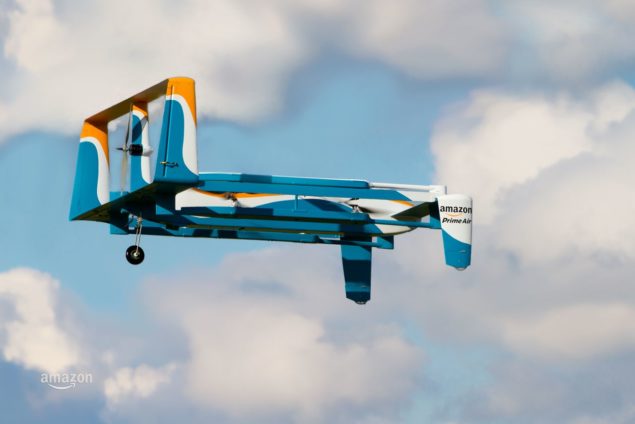 Now Amazon's Drones will bring everything at your door-step

According to Misener, the prototype of Amazon's drone has a "sense-and-avoid" technology which will enable it to keep away from the trees, power lines and any other hindrances that could come between it and the items ordered by customers. He kept using the word drones, which means that at the moment Amazon is working on different variations of drones. Different drones will be used for providing services in different locations he added on.

Misener said "Our customers in the United States live in hot, dry, dusty areas like Phoenix, but they also live in hot, wet, rainy environments like Orlando, or up in the Colorado Rockies." They have different homes. "Some live in rural farmhouses, some live in high-rise city skyscrapers, and then everything in between, in suburban and exurban environments."

They are working on the delivery system for the ones living in apartments because the people who live in big homes are expected to get their delivery in their yard by the drone even if they’re not home. Although some people expressed concerns that people might shoot the drone carrying an Amazon package and steal it, Amazon is least bothered that people would shoot the delivery drone as Misener explained:

"I suppose they could shoot at trucks, too" he released the fear out of him. According to Misener watching Prime Air drones delivering Amazon stuff will be "as normal as seeing a delivery truck driving down the street someday," it would be unique way to deliver the orders with less interruptions. 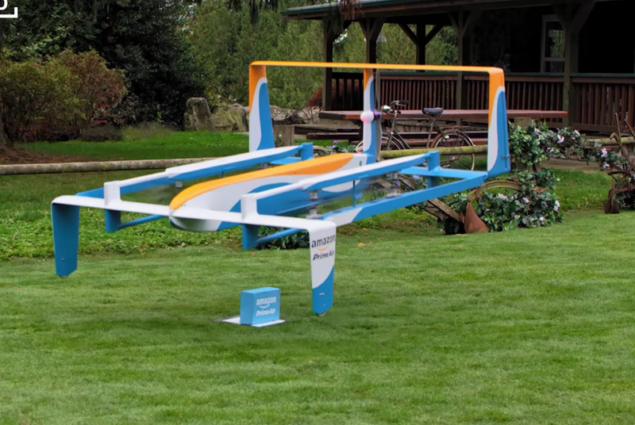 A bigger concern than people shooting the drone is the legislation stopping the drone from becoming airborne. A maximum of 500 feet is proposed by Amazon which would be the lower limit, while exiting a window of 200 to 400 feet which would allow the Prime Air drone fleet to operate.

"We believe that [the FAA] must begin, in earnest, planning for the rules that are more sophisticated, that go to the kinds of operations that Amazon Prime Air will encompass," Misener says. "Other countries already are doing this," he explains. "There's no reason why the United States must be first. We hope it is."