Alone in The Dark: Illumination New Details Illuminated at GDC

Alone in The Dark is quite an old series of games stretching back to 1992 when the first title was released. It has been dormant for a few years now with the last title being released back in 2008, which as I recall was quite good actually. But now it's almost time to shed some new light on the series with the newest entry Alone in the Dark Illumination scheduled for "Early 2015". Illumination was announced back in August last year. 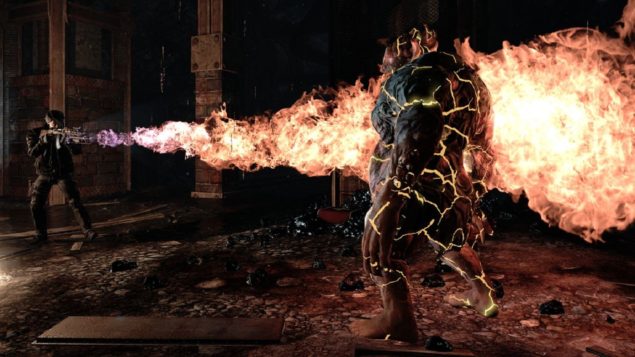 Illumination will as per usual feature single player and for the first time in the series, it will have multiplayer co-op with up to four players. If you want to you could even have up to four of the same character type, so everyone could in theory be a hunter (seen in the above image having a barbecue with his underslung Flamethrower attachment), but as with most co-op games using the same character or gear might not be so ideal.  The following are the 4 playable characters in both single player and multiplayer:

The game itself is built in the Unreal 4 Engine, which we have seen in the past can have some extremely amazing visuals. Granted that what has been seen of Illumination so far does not look as great as say, the latest Unreal Tournament, and seeing as Illumination is slated for release this spring, the assumption is that it will only be running DX11 at launch. It might be possible to see them implement DX12 at some point perhaps (after Windows 10 arrives of course), since it's only the Minimum Specifications that mention DX11 whereas the Recommended leaves the DirectX line blank.

The game is currently up for pre-order over at steam for 29.99$ with the release date still set for "Early 2015". They ran a closed-beta back in late January for everyone that had pre-orderd the game, and has since "Made changes thanks to feedback", but I'm probably going to hold off on pre-ordering for the time being though and see what happens before it's released.