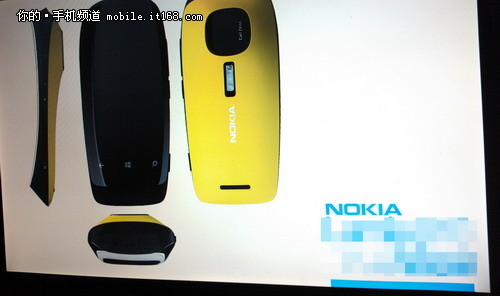 Nokia makes kick ass cellphone cameras, no one will ever deny it. You saw them prove it again with their latest PureView Symbian Bell 808 smartphone. Unfortunately for Nokia though for the time being that kind of technology is too far off from what Windows Phone allows at the moment, which is why they had to resort to a dying OS. Nokia did however mention that the PureView technology will make its way to Windows Phone eventually. And what we have today is a possible leak of what a Nokia Windows Phone with a giant camera sensor will look like. 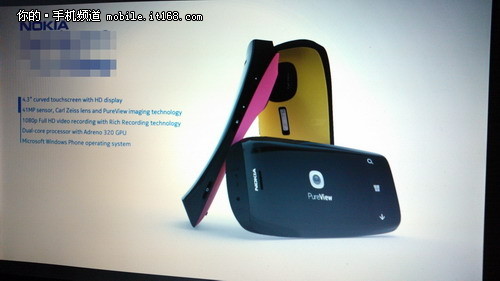 According to those slides this phone will come with a 4.3" HD screen (720p or 1080p ?), a dual-core 1.5GHz Krait processor, Adreno 320 graphics, a 41MP camera sensor which is similar to what 808 PureView has. It also mentions Windows Phone as the OS but fails to specify which version. That shouldn't be too hard to guess as we all know Apollo is making its away after the Tango update and is suppose to bring major architectural changes to the OS that will allow for such specs.

Apart from the specs I'm sure most of you will be gawking at how awkward that phone looks. It's a mish-mash of different designs with a huge hump at the back to fit that giant sensor. Call me crazy but with those funky pink and yellow colors the phone looks incredibly striking to me. It's a far cry from the horrendously boring looking black slabs of plastic we have today. Nokia is known to push the boundaries of design and I cannot wait to see what they have in store.