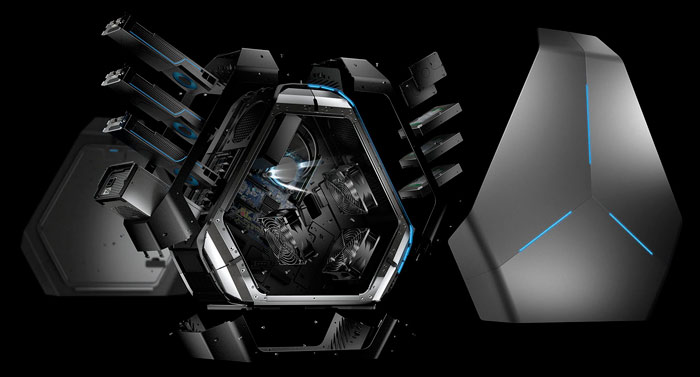 Alienware has announced a trio of gaming systems, including one that can effectively replace your console experience. Out of all the three, the most powerful one is the Alienware Area 51, but it also carries a steep price tag, as you will find out shortly.

Alienware Area 51 is a uniquely designed desktop gaming system that you’ve seen from the company’s previous lineup. In addition to packing Intel’s Skylake processor, the Area 51 gaming system is armed with not one, but three RX 480 GPUs. It’s not been detailed if the RX 480 models are going to belong to the reference version or will they feature custom cooling of their own, but having three GPUs running in a multi-GPU configuration is a tad overkill. Additionally, it’s also not been detailed if the video memory of the RX 480 GPU is 4GB or 8GB GDDR5.

For its retail price, those GPUs better feature 8GB of video frame buffer, otherwise there will be no point immersing in video gaming titles running at the 4K resolution. The other hardware aspects of the desktop gaming system are not to be taken lightly. The Alienware Area 51 features an Intel Core i7-6850K CPU coupled with 16GB of memory, a 2TB HDD, and comes running with Microsoft’s Windows 10 OS. The disappointing thing about this hardware breakdown is that it does not state the presence of an SSD. 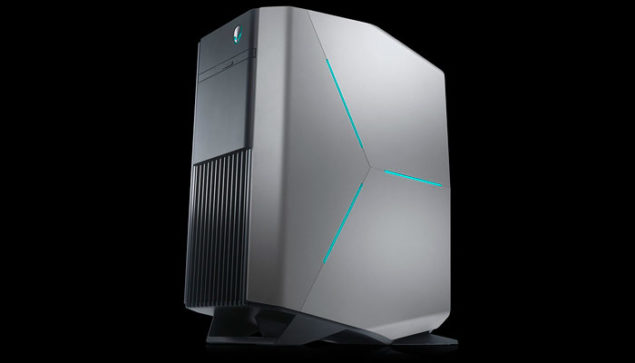 The price tag of the desktop gaming system is £2,879 in the UK, and if you make the conversion, then you will be paying slightly above the $3,800 mark. Though most consumers would feel that building your own desktop gaming system would be cheaper and much more effective, there’s always those who desire pre-built systems. The company has also announced its Alpha R2 desktop, which serves as the replacement for your console and comes with a single Radeon R9 M470X. Complementing the GPU is an Intel Core i5 6400T CPU, 8GB of DDR4 RAM, and 500GB HDD (again no SSD) and it carries a price tag of £569, or $750.

The graphics chip is nothing extraordinary, but at least you’ll gain the necessary comfort that it will be able to overpower the GPU present in both Sony’s PlayStation 4 and Microsoft’s Xbox One. Alienware has stated the gaming machines are going to be put on sale in the UK, and after that, these gaming machines are going to be sold globally. For their price tag, would these be a worthy buy? Tell us your thoughts right away.