Alien and Leatherface Gear Up for Mortal Kombat in New Trailer 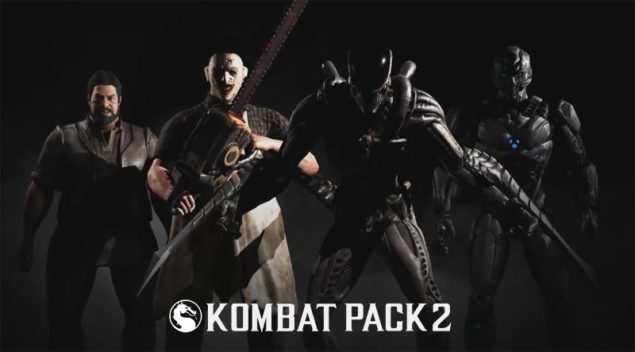 Mortal Kombat X is about to become about as close a thing as we'll get to a horror-themed Super Smash Brothers - Alien's Xenomorth and Texas Chainsaw Massacre's Leatherface are joining the fight.

Those who aren't fans of these gory gods will also be able to look forward to checking out Triborg and Bo’ Rai Cho.

Those that bought the original Kombat Pack will already be able to use Predator and Jason Vorhees, giving players the chance to create some pretty epic battles. You could put the controller down and walk away and still create a better crossover than the Aliens Vs Predator films, so expectations should be high. Prices and release dates are yet to be announced.

It leaves the question of what could possible come next. What horror icons could be making an appearance in any potential Kombat Pack 3?

But that's not all:

Players who purchase Kombat Pack 2 will also receive the never-before-released Apocalypse Pack, as well as the following content for Mortal Kombat X: