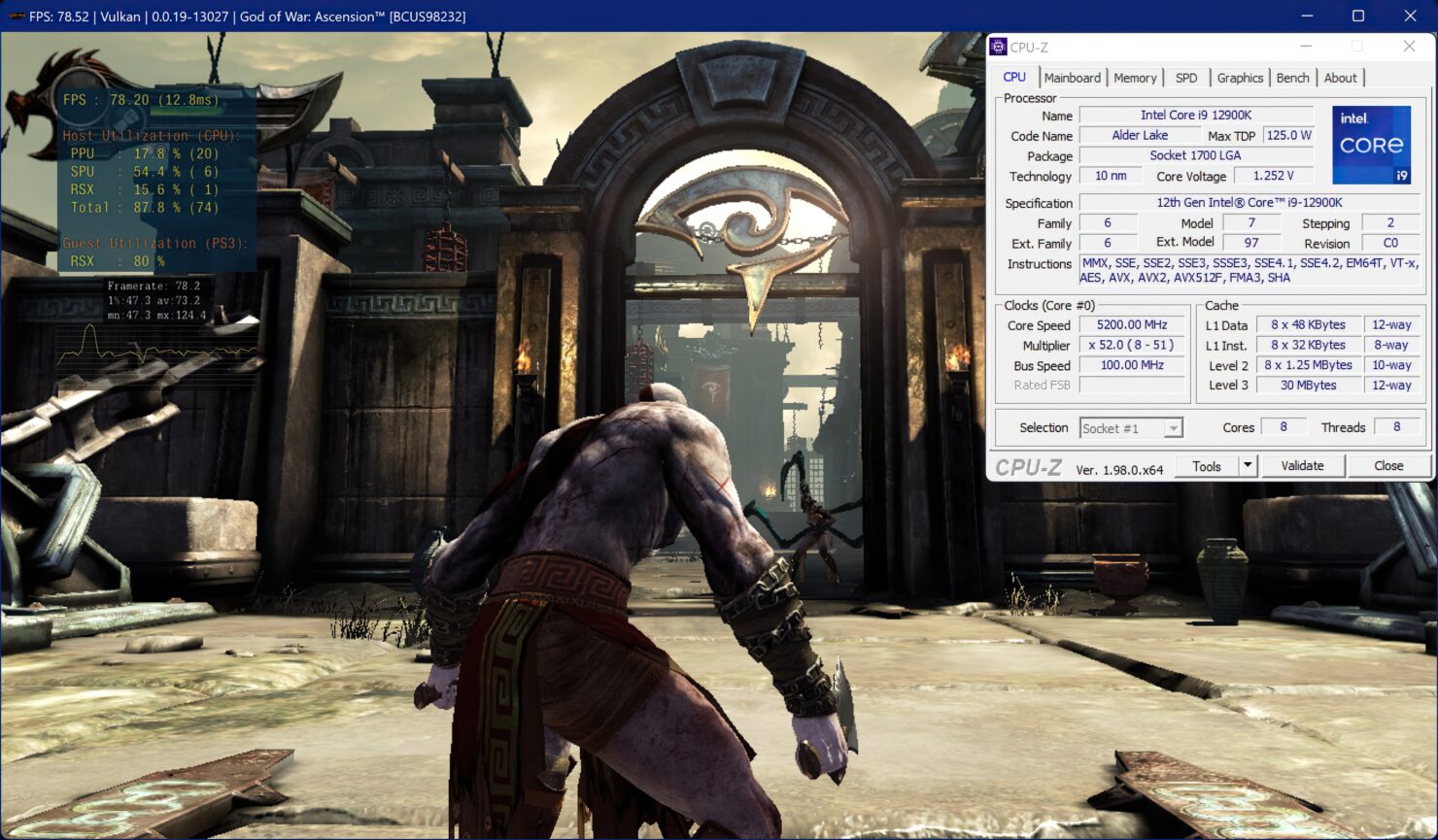 The new Alder Lake CPUs released by Intel utterly dominate performance in RPCS3, the PlayStation 3 emulator for PC, as admitted by the software's own makers. This is far from surprising, as we've seen Alder Lake processors successfully retake the gaming performance crown from AMD.

That said, the team behind RPCS3 also recommended disabling the smaller Gracemont high-efficiency CPU E-cores to get the most performance out of your shiny new processor.

If you are using an Alder Lake (Intel 12th Gen) CPU with RPCS3, make sure you disable the little cores, otherwise you're leaving a lot of performance on the table. With disabled E-cores you get AVX-512 and higher ring ratio. ADL's performance is by far the best of any CPU arch.

When they were asked whether there was any plan to make Alder Lake CPUs work as is, they replied with the following tweet:

We can't force BIOS settings through the emulator. At best, we can add a warning asking users to change it. Alder Lake on base configuration works, it's just slower.

Nowadays, RPCS3 is in a great state. After years of tireless work, about a month ago the team announced there are no PlayStation 3 games or apps that don't boot on the emulator. According to the official compatibility list, the vast majority (63.67%) of titles is playable, while 30.52% of the PS3 software goes in-game but still suffers from performance problems or glitches.

RPCS3, which runs on the Vulkan API (deemed better than DirectX), also supports AMD's Fidelity FX Super Resolution and even lets you take advantage of the PlayStation Eye Camera functionality in supported games with any camera of your choosing.

👁️📷 RPCS3 now has support for PlayStation Eye Camera functionality!
And of course, you can use any camera you want with it 🙂 pic.twitter.com/m6MjmkJFJY

The project's Patreon has 769 supporters funding the ongoing work with €2,518 each month. You can donate from this page if you wish.