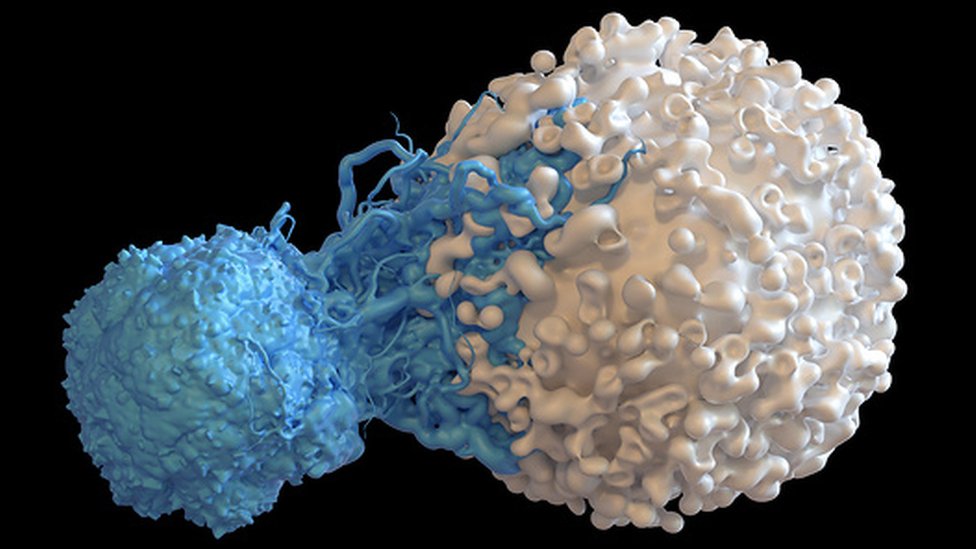 A T-cell rendered during its fight with a cancer cell. Image: Science Photo Library

Shares of biotechnology firm Alaunos Therapeutics are by more than 30% in premarket trading as the company heads to give a presentation at an event later today. Alaunos is scheduled to speak at the Jefferies Healthcare Conference a couple of hours from now, and the company focuses its efforts on developing cancer treatments. The company came into the public eye earlier this month when a treatment similar to its technologies was featured in The New England Journal of Medicine after being able to effectively combat a highly advanced form of pancreatic cancer in a test subject.

Alaunos Therapeutics is based out of Houston, Texas and it is a biotechnology company that develops T-Cell Receptor Engineering (TCR) therapies to combat several kinds of cancers. These include those of the lungs, pancreas, ovaries, and the bile duct. It has a library of clinical TCRs that it hopes to manufacture at what it claims will be lower costs over other technologies such as virus and gene editing.

The company's shares jumped earlier this month when The New England Journal of Medicine published a published a report of an experiment targeting pancreatic cancer. This experiment was wildly successful as it managed to stop an advanced form of cancer in one patient. 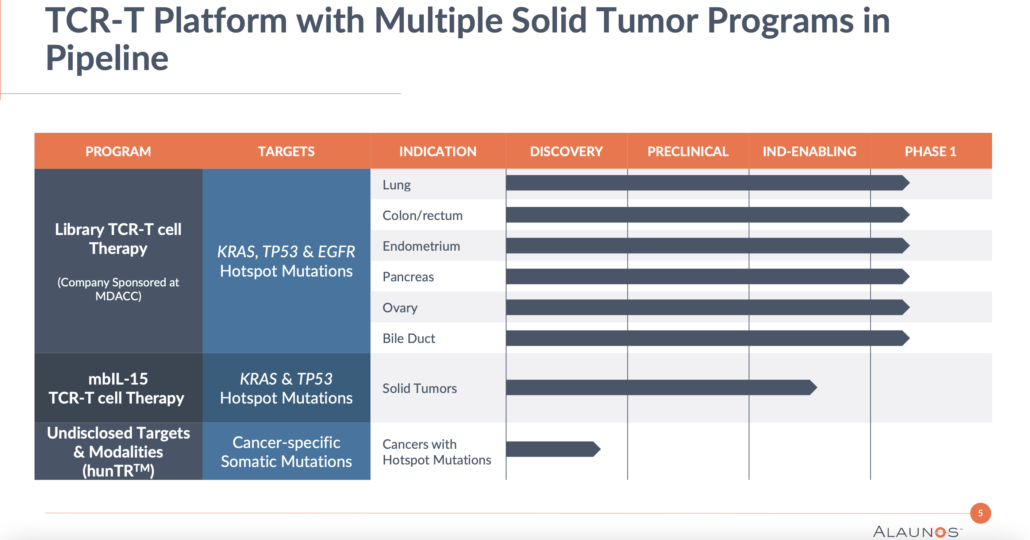 While Alaunos was not directly involved in the study, the company's TCRs use a similar treatment to attack cancer cells. Specifically, they are modified to target the KRAS, TP53 and EGFR mutations, which are present in several kinds of cancers and tumors.

The company is currently conducting a first stage trial of its treatment programs. This trial aims to determine what amounts of t cells can safely be injected back into the body in order o ensure that the patient remains safe and the dose is effective as well. The trial covers colorectal, ovarian, pancreatic, non-small cell lung cancer and Cholangiocarcinoma.

Alaunos was formerly known as Ziopharm Oncology and the company had to reduce its staff and suspend a product lineup - all of which led to a significant reduction in its share price.

The company's share price is significantly down year to date, but the last month has been nothing but good news for investors. At the time of publishing, Alaunos Therapeutics shares are up by nearly 30% in premarket trading, on heels of the company's presentation expected to start later during the day.