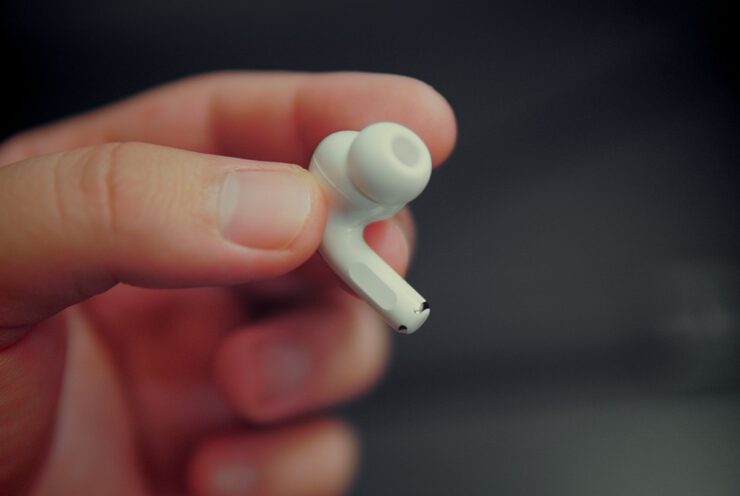 AirPods Pro provide the best low Bluetooth latency performance compared to its predecessors and other products. Apple has been able to consistently improve Bluetooth latency with each new version of AirPods, as tested by Stephen Coyle.

Stephen Coyle, a software developer, tested the AirPods Pro by recording the time difference between when a sound event is triggered and when it is heard by the user.

I place the Bluetooth device as close as possible to a shotgun microphone, and adjust its volume so it can be heard clearly by my audio recorder. I then pair the device being tested to a 2018 iPad Pro running iOS 13, and use an Apple Pencil to tap the screen and trigger sound events. The tap from the Pencil and the subsequent sound each produce a clear spike in waveform of the recorded audio. By measuring the time between these spikes, I can establish a pretty accurate measurement of the audio latency.

iOS keyboard sounds were the first test for measuring latency. Stephen chose it because high latency is very obvious when using the iOS keyboard. There is a noticeable delay in tapping a key and hearing the sound. The second test was done using the game Tapt, developed by Stephen. The game also makes it easy to notice delays due to Bluetooth latency.

To benchmark the performance, Stephen also tested AirPods 2, Beats Studio 3, Sony WH-CH700N, and device speakers. He also added latency numbers from an old AirPods test to the comparison. Below are the results of the tests: 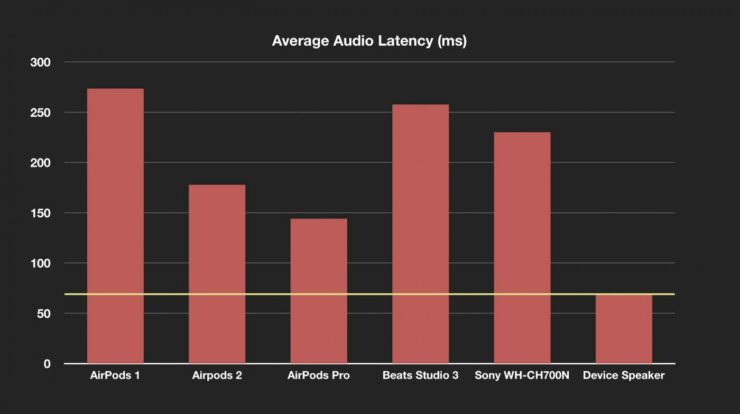 The original AirPods had a latency of 274ms, thanks to its W1 chip. AirPods 2 went down to 178ms, by switching to the H1 system-on-chip. With AirPods Pro, the numbers went down further to 144ms. Although AirPods Pro use the same H1 chip as second-generation AirPods, there is a noticeable improvement in latency in the former. Other devices like Beats Studio 3 and Sony WH-CH700N had much higher latency than both AirPods 2 and AirPods Pro.

Apple's AirPods Pro have been reviewed very well by users so far. New features like active noise cancellation, transparency mode, and improved audio output, make the wireless earbuds stand out from the competition. Only Sony's WF-1000XM3 comes close as a viable alternative.