Apple's AirPods Pro are the latest talk of tech town. As it usually does, the Cupertino tech giant waited before perfecting a form factor and learning from the mistakes of others to launch a near-perfect product. Apple launched the AirPods 2 earlier this year with a brand new H1 SoC which is the centerpiece of the company's audio equipment. With the AirPods Pro, the company has demonstrated how this chip can achieve much more than it does on the AirPods 2 and that too on a small form factor. Now we've got two reports for the new earbuds that hint at their projected market performance and suppliers. Take a look below for more details.

The AirPods Pro (and truly wireless earbuds in general) mark the epitome of tech manufacturing. While it's the heavy-duty gadgets such as servers, desktop PCs, high-end smartphones and even processor's that catch the public's attention - it's gadgets with minuscule form factors such as the AirPods which demonstrate just how far we've come since Intel's first CPU transistor, which was the size of a human hand was shown off all these years back.

To make the AirPods achieve all that they can, Apple's got to squeeze a lot of tech inside a small area. This package is generally referred to as a SiP, or a System on Package. It houses the H1 SoC mentioned above and amplifiers for the earbud's noise cancellation. 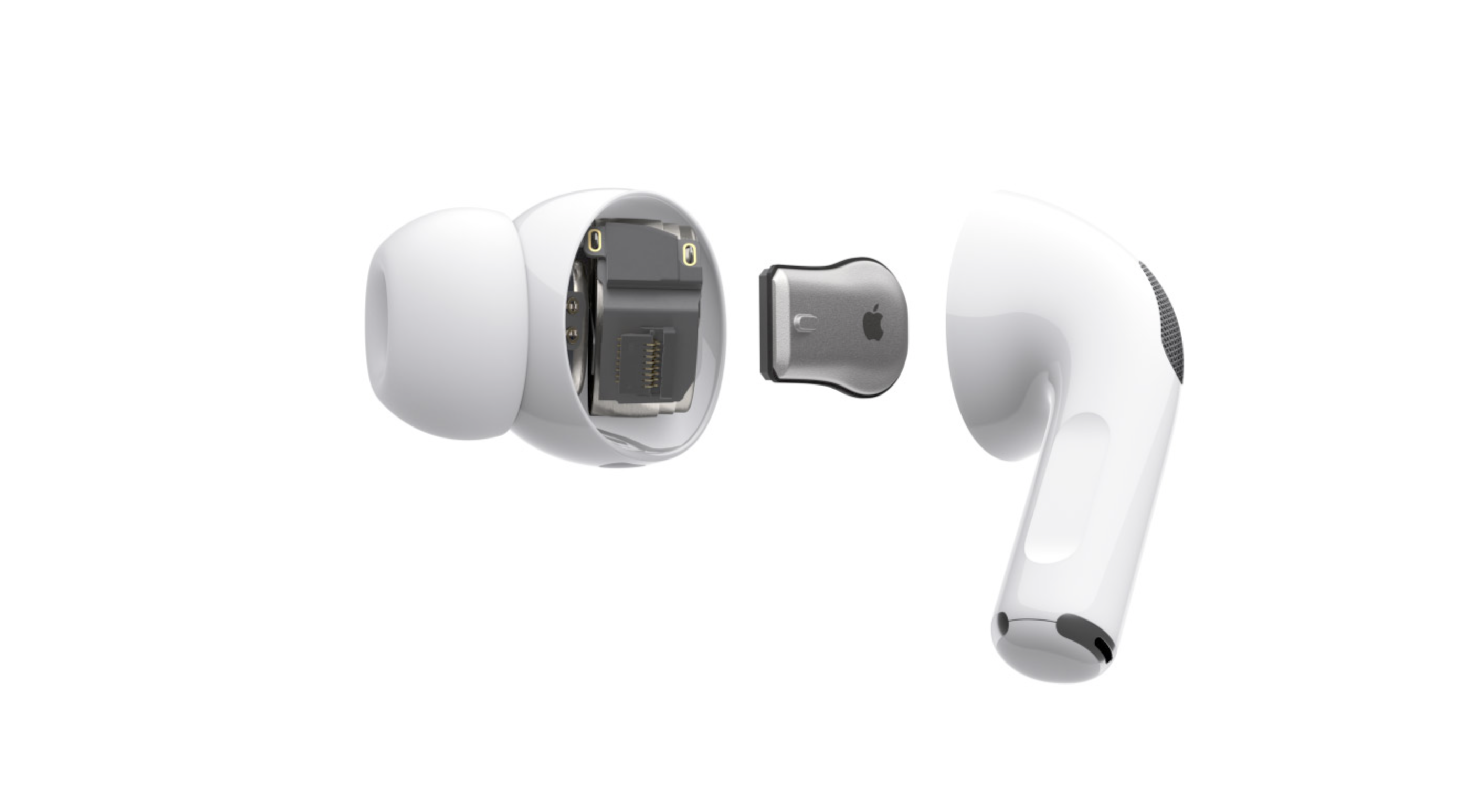 The AirPods Pro's SiP with the Apple logo rendered in between its housing.

Taiwanese publication DigiTimes, known for its sources in Apple's supply chain is out with two new reports today. The first of these mentions two suppliers that DigiTimes believes manufacturers the system-in-package substrate for the AirPods Pro. The companies, Kinsus Interconnect Technology and Nan Ya PCB are based in Taiwan, and they aren't new additions to Apple's supply chain. Both supplied integrated circuit substrates for the Apple Watch in 2014, but they were replaced by Advanced Semiconductor Engineering, Amkor and Stats ChipPAC for the Apple Watch 2.

Printing a PCB as small as the one that's present inside the AirPods Pro is no easy task and manufacturers often not only face problems with reducing circuit size but also with yields. The Apple Watch's S1's CPU itself was fabricated by Samsung but we're unsure about the AirPods Pro's CPU. It's likely that Apple chose TSMC this year, but this might not be the case given the Taiwanese fab's big order backlog. TSMC was also responsible for supplying Apple with the system in package modules for the Apple Watch 2.

The second report is for the AirPods Pro's unit shipment estimates. These are the numbers which truly matter to Apple, as the Cupertino tech giant will look to all ends for making up revenue lost from a decreasing iPhone average selling price (courtesy of the iPhone 11's popularity). To that end, DigiTimes believes that Apple's projected sales estimates for the AirPods Pro stand at 2 million units. Whether this number is for a quarter or for the entire year, we're not sure, but it's likely that they're for the first quarter following the earbuds' launch.

You can take a look at Ming-Chi Kuo's shipment forecasts for the AirPods as category and a decapped Apple Watch SiP above. Apple AirPods Pro features include active and passive noise cancellation, three listening modes activated by pressure-based input, Hey Siri functionality and tighter ear tips.