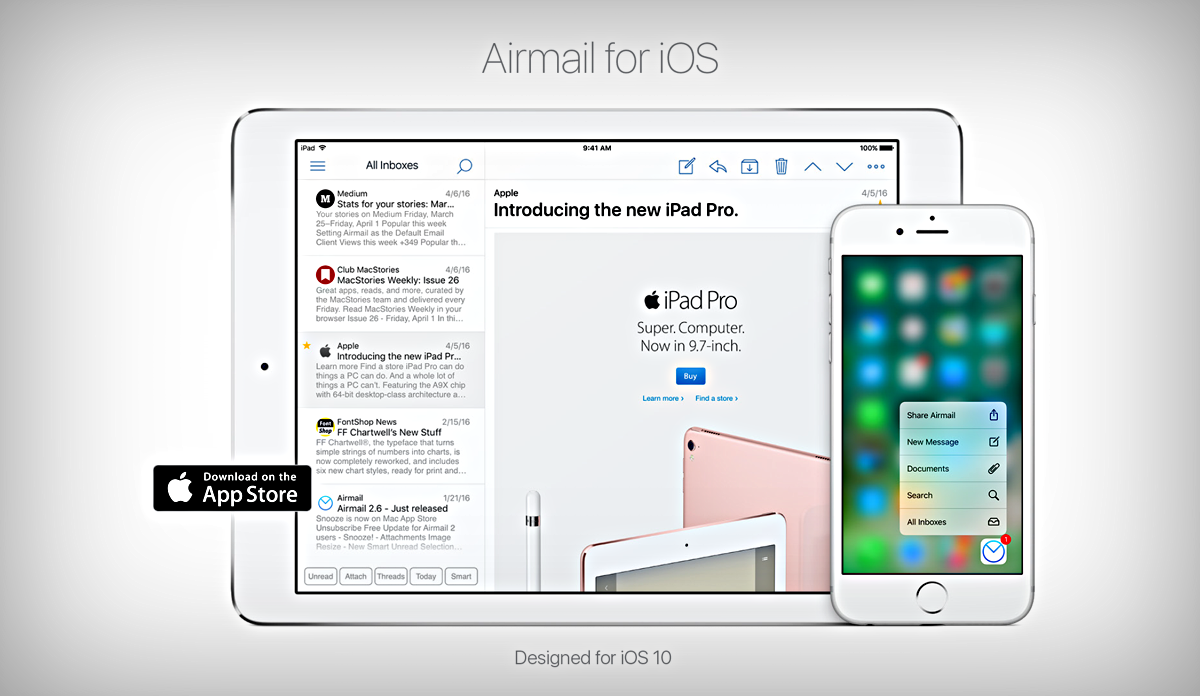 Airmail for iOS has been updated to version 1.5. The new update packs in handful of great features and you should update right away.

Airmail 1.5 Adds Features That Are Worth a Look - App Remains Free Despite Powerful Feature-Set

There are a ton of apps on the App Store that handle email in their own special way. But the top of the food chain is dominated by those that are simple, and just get the work done whenever needed. Airmail is one of those apps, and is available for both iOS and macOS.

Today, Airmail is picking up a new update that takes its email prowess to the next level by adding a bunch of new features. For starters, we now have Workflow support, which is great news for those who make use of the app on a day to day basis to automate tasks. There's also added support for Bear, allowing users to take notes on the fly without much fuss. The developers have even baked in new custom actions for users to utilize.

The complete changelog of the Airmail 1.5 update, as per the App Store, is as follows:

Airmail even integrates the new Gmail authentication method, unlike the previous one which the Big G will be laying to rest by the end of April. Though this might not sound too 'important' at first, but given Airmail took the liberty to follow up on the new guidelines shows how much the developers are committed to improving the app and the overall experience.

If you are absolutely satisfied with your current email app then I will not recommend switching to Airmail right away. But, if you are seeking a little simplicity and are on an adventure to find the right app for yourself, then Airmail is worthy in a lot of ways. In fact, I use it on a day to day basis alongside Spark. What you want to end up using is entirely your call.

Feeling interested to give the app a try? Then download it from the link below. It's free and we are hoping it will stay that way in the time to come too.