AirBar Transforms Your MacBook Air’s Display Into a Touch-Screen 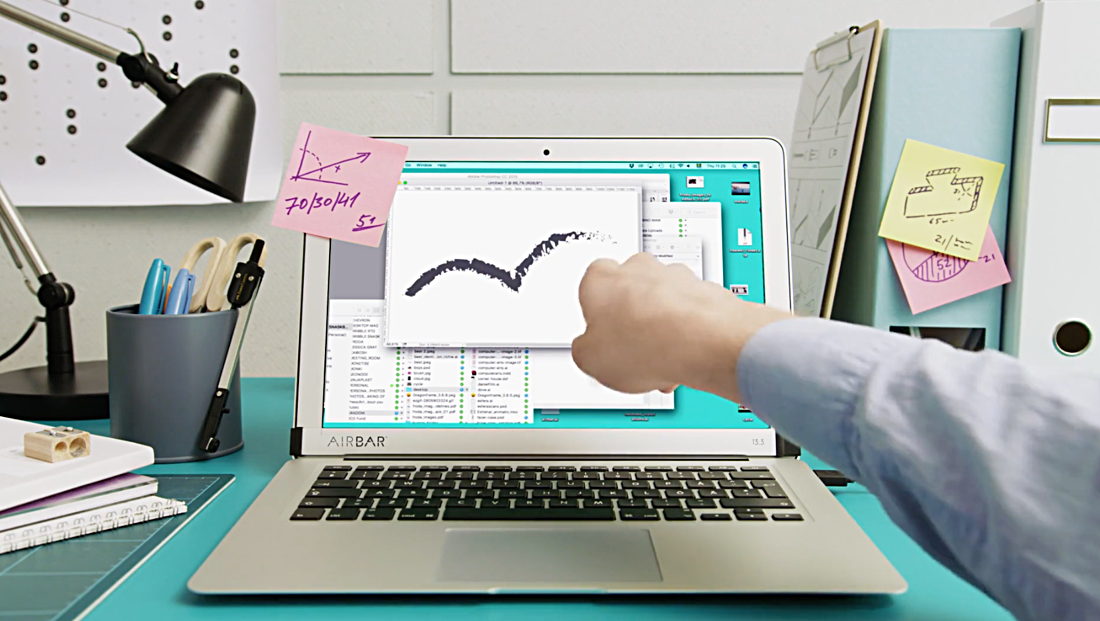 If you ever wanted a touch-screen display on your MacBook Air then you might want to look into AirBar.

AirBar Has Been Around for a While, But Now it Supports the 13-inch MacBook Air

Given how much resources Apple has dropped into the 2016 MacBook Pro with Touch Bar, it's fairly obvious we won't be seeing a full-blown touch-screen Mac anytime soon. But if you want a taste of the 'touch' goodness on your Mac, or more specifically a MacBook Air, then you might want to look into the AirBar.

This piece of hardware has been around for quite some time but lately has graced support for Apple's now-old notebook, the MacBook Air. Keep in mind that the new AirBar will work with the 13-inch model of the MacBook Air. If you have the 11-inch model then you are completely out of luck.

In case you are wondering, the AirBar works by hooking up with your notebook using the USB port and then sitting snugly under the display, right above the keyboard. Once powered up, it uses all sorts of wizardry and invisible light tech to map where you are placing your finger(s) on the display. You have the option to initiate all sorts of gestures such as swiping, pinching etc.

The AirBar is not available to buy immediately, but will be this March for a price of just $99. Check out the video demo below and see for yourself what you are going to be running into.

The AirBar is a genius product that appeases a set of users looking to transform their existing notebooks into something more modern. After all, having a touch-screen notebook is all the rage these days with different manufacturers not missing a single beat to introduce 2-in-1 notebooks at any given opportunity.

Take a look at Microsoft for instance, their entire computer lineup has a touch-screen display. Heck, even their behemoth of a desktop, which is the Surface Studio, packs a massive 28-inch panel. That alone says a lot about having a touch-screen or not.

We will keep our readers updated regarding the AirBar so stay tuned for more. Meanwhile, do let us know in the comments section what you think about the product.