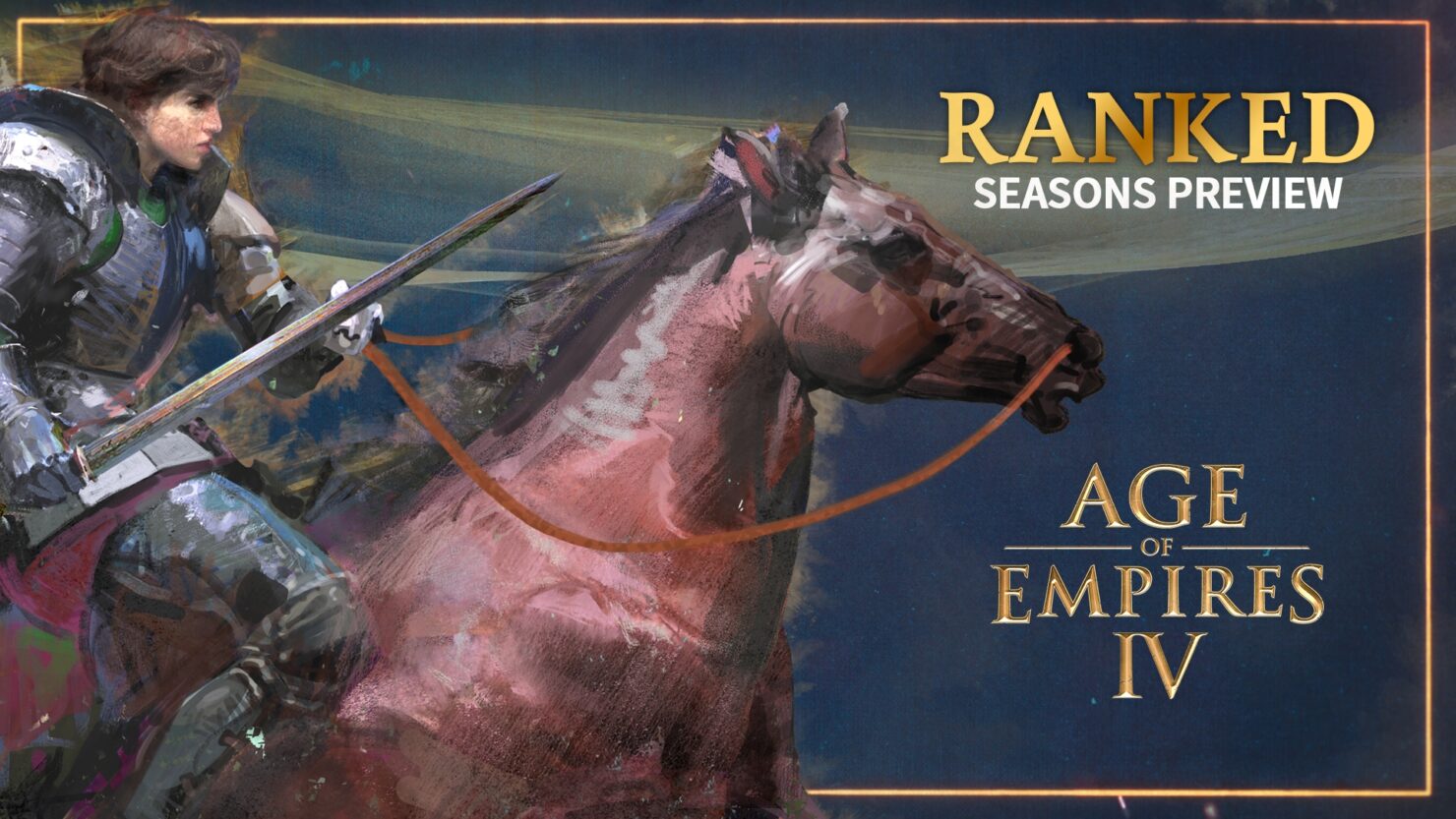 The developers of Age of Empires IV have revealed that the 1v1 Ranked Seasons mode will begin Closed Beta testing this week, starting on Thursday, January 20th, ahead of the public release scheduled for this Spring. Here's how you can join the beta.

This spring, we’ll be introducing 1v1 Ranked Seasons, which will allow you to compete against other players and advance through ranked divisions to receive exclusive rewards.

While ranked play has long been a component of Age games, Age of Empires IV will be the first title to introduce structured seasons and we expect this tradition to only grow. As we start out, we’ll be implementing Ranked Seasons for 1v1 matches, but we look forward to growing our offerings as we hear more of what you want!

Be one of the first to try out 1v1 Ranked Seasons and help us prepare to launch this feature by joining the  Ranked Seasons Closed Preview next week from January 20th to 28th! To prepare for this, you only need to complete a few quick steps:

The developers have also announced plans to push a new Age of Empires IV patch to live servers later this month. This update will be focused on bug fixes and some balance changes, addressing feedback such as that of the Mongol civilization and Fire Lancer unit feeling overpowered, as well as resolving several Delhi Sultanate bugs to ensure the civilization’s distinct mechanics shine through. More details on the patch will be shared via an official live stream coming later this week.

One of my games of the year, this is a solid return to one of the biggest franchises in strategy history, and the way it's turned out is nothing but fantastic.

Simple, easy to get into, but offering a solid challenge, Age of Empires IV advances the traditional gameplay without straying too far away, feeling like a true sequel. In addition to excellent gameplay, the campaign gives a wealth of documentary-style lessons that bring you into the battles you're about to fight. For strategy gamers and history buffs alike, you can't go wrong here.