Microsoft continues its effort to bring back glorious RTS franchises. Yesterday, a new expansion for Age of Mythology has been announced, twelve years after the first and only one released so far: The Titans.

This expansion will be called Tale of the Dragon and as you can guess from the logo, it will be themed after Asian states; development is being handled by Forgotten Empires and SkyBox Labs.

Many of you already guessed it after the sneaky teaser at E3 and a lot of speculation has been seen across the community boards, but now the word is officially out: Age of Mythology: Tale of the Dragon is being created by Forgotten Empires and SkyBox Labs and will be the next part in the legendary series.

If you're eager to learn more details about Age of Mythology: Tale of the Dragon, tune in here on October 2nd for a developer livestream. 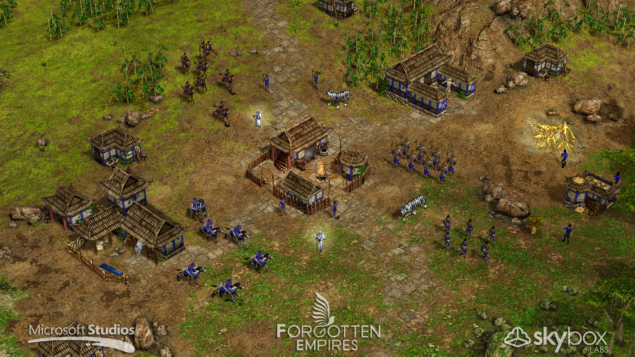 Age of Mythology: Extended Edition was re-released on Steam last year with the following enhancements:

Age of Empires II received a similar treatment with its HD version. After its 2013 release on Steam, a new expansion called The Forgotten became available a few months later and now another one, African Kingdoms, is in development.

Rise of Nations: Extended Edition was also released in 2014 on Steam. The trend is pretty clear, and Microsoft might be testing the waters to see the reaction of RTS fans before launching a brand new installment of these franchises. In fact, we already know that Decisive Games is working on a "beloved" strategy game for Windows 10 & Xbox One, and it's not Halo Wars 2, which is being made by Total War creators The Creative Assembly.

Are you excited for Microsoft's RTS plans?