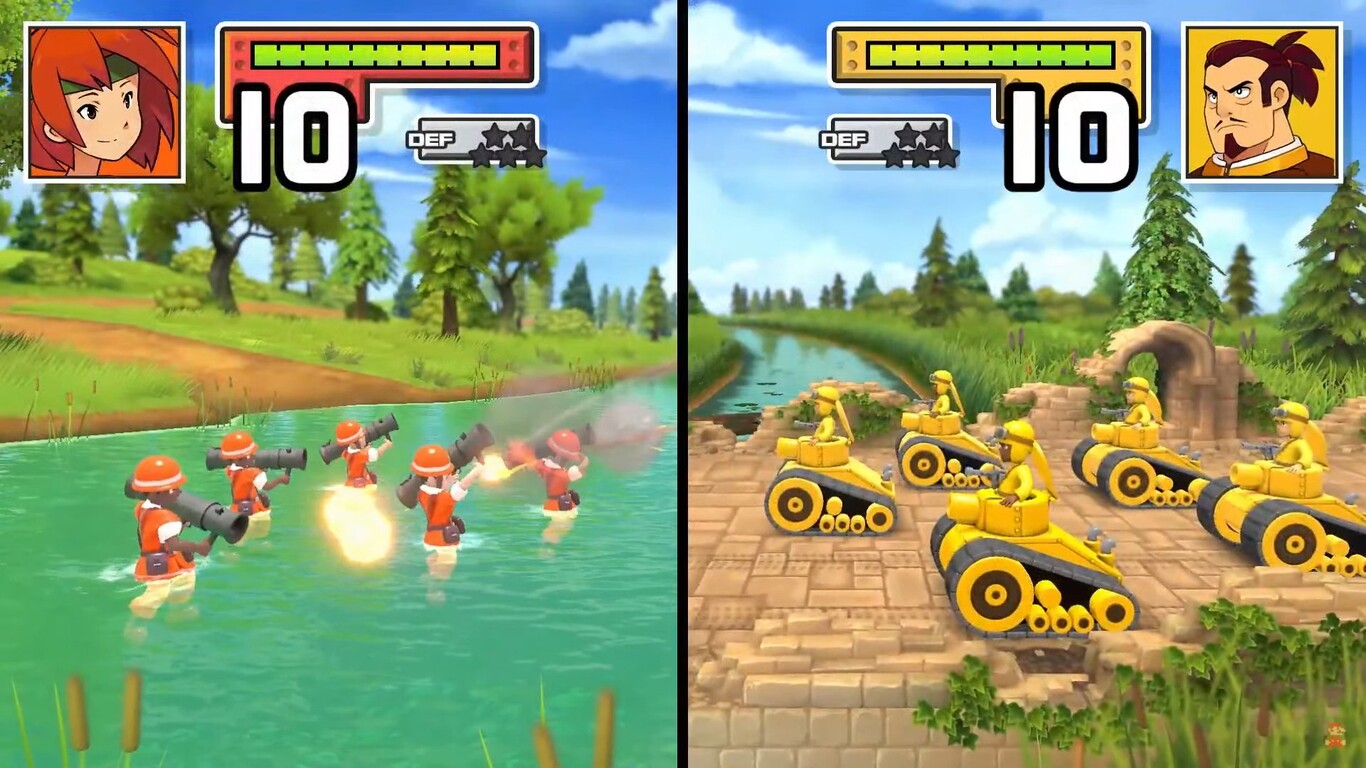 Nintendo has delayed the release of Advance Wars 1+2 Re-Boot Camp from April 8, 2022, to an unannounced date. The reason for this is that the company saw it fit to delay the game in response to "recent world events". Whether it's because of the war between Russia and Ukraine or in response to other current worldwide tensions it's unknown.

You can see the announcement of the delay below:

In light of recent world events, we have made the decision to delay Advance Wars 1+2: Re-Boot Camp, which was originally scheduled to release on Nintendo Switch on 08/04. Please stay tuned for updates on a new release date.

Advance Wars 1+2: Re-Boot Camp's delay may seem confusing to some players. However, if you think about the central plot of the games, it can be seen as rather tasteless. The story of the game centers around the Orange Star nation going into war against the Blue Moon nation for one. The conflict is then escalated as Twitter user @tennozu_ points out:

The conflict enters a new stage when an Orange Star commanding officer named Andy is accused of attacking the armies of two other nations, Yellow Comet and Green Earth, without reason, resulting in a worldwide war.

Of course, one could argue that the game's events and the ongoing tensions between nations are up to interpretation. However, this isn't the first time a controversial delay like this has happened to Advance Wars. The first game was released back on September 10, 2001, in the United States. Then, the game was delayed in Europe and Japan after the 9/11 attack. Japan didn't see Advance Wars until it was included as part of a compilation years later.

Nintendo isn't the only company to delay video games in light of recent events. Some JP-game players might remember that Disaster Report 4, a video game about a natural disaster destroying a nation, was delayed for nearly a decade. One of the reasons for the game's (many) delays being the Fukushima Earthquake incident.

Advance Wars 1+2: Re-Boot Camp is a remake of the well-loved GBA entries in the series (Advance Wars and Advance Wars 2: Black Hole Rising) made by Nintendo and WayForward. The game is going to release exclusively on Nintendo Switch.