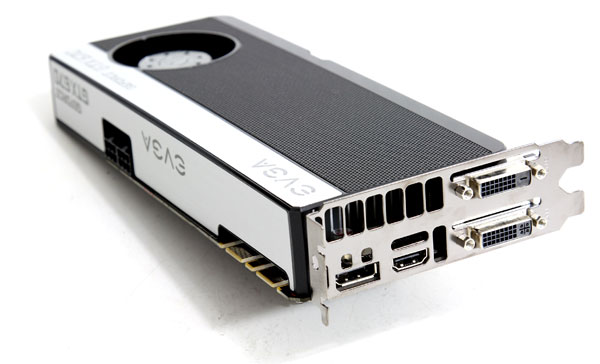 Further details of NVIDIA's upcoming GeForce GTX 660Ti GPU have been acquired from Chinese forum RedQuasar which reveal that there are two different models of the GTX 660 card.

The site suggests that the non-reference 660Ti would feature a 192-bit memory bus, 1344 Shaders and two 6 Pin connectors since. The reference version is supposed to feature a single 6 pin connector since TDP is rated around 120-130W which turned out to be true.

Further more, clock speeds we previously reported have also been confirmed, the 660Ti would run at 915MHz and Boost clock of 980MHz. Memory is maintained at 6GHz effective. This card easily overclocks around 1.2GHz on air cooling and power area remains the same as seen on the GTX 670 PCB.

Performance numbers which have been acquired suggest that the card is able to score X2700 in 3D Mark 11 Extreme Preset, A stock HD 7950 scores around the same. Display outputs include 2 DVI + DP + HDMI.

Although there's a slight bit of a problem, There's also a 1344 Shader model which exists with 256-bit bus and NVIDIA can't decide which one to release as the 660Ti. Launching the 256-bit part could adversely affect the sales of the GTX 670 with performance margin too close while the 192-bit part has performance worse than the 7870.

In other news, EVGA's GTX 660TI was exposed recently which shows that the card would go under final production soon.