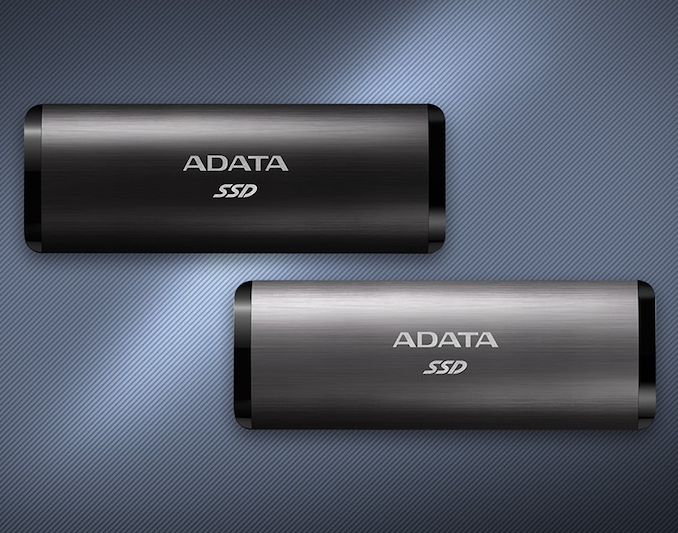 With the sudden rise of external SSDs, gaining popularity, mobile content creators are becoming more popular, and many laptops have smaller internal storage capacities. ADATA has announced its new lineup of high-end external SSDs, The SE760 SSDs, that offer high performance while having a large capacity of up to 1 TB.

ADATA has announced the SE760 external SSD, sadly ADATA has not announced what the pricing will be for these drives.

The ADATA SE760 external SSD can come in either Titan Gray metallic enclosure or a black enclosure that measures 122.2 x 44 x 14 mm, that larger size allows this enclosure to accommodate up to an M.2-2280 SSD and a PCIe-to-USB 3.2 Gen 2 bridge inside. ADATA didn't reveal which drives that this external SSD uses, but ADATA did release that the drive is rated for up to 1,000 MB/s sequential read and write speeds, and come in capacities up to 1 TB. This speed is up to 12.5 times faster than an external hard drive, with this level of speed it would only take you 10 seconds to transfer a 10 GB 4K  movie. 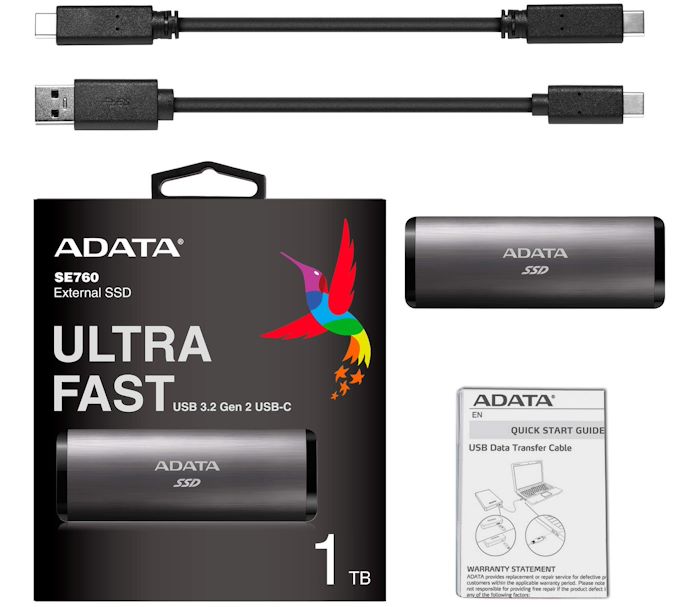 This SSD is bus-powered and features a USB 3.2 Gen 2 Type-C interface, but to offer broader compatibility, ADATA bundles the drives with both a USB Type-C to Type-C and a USB Type-C to a USB Type-A cable. Since this drive utilizes a reversible Typ-C connector means that there won't be any annoyance with having to flip the connector upside down like with a traditional USB.

The SE760 utilizes a metal shell with an understated hairline-brushed design that makes this drive both looks and feel exquisite.  This metal shell enclosure allows this SSD to look fabulous while still being portable, allowing this drive to work as a general storage device.

This drive offers compatibility with systems running Apple's macOS, Google's Android, Microsoft's Windows, and Linux. This makes this drive perfect for anyone to upgrading their system, no matter what the OS your system uses. While ADATA has announced the SE760 drives, ADATA has not mentioned any pricing at this time, and with 3D NAND pricing remaining violate. The fact that manufacturers are holding off setting prices until the very last minute, this is done so that they can gauge the market.

XPG Spectix D80 Liquid-Cooled DDR4 Memory is on sale for 60% off!