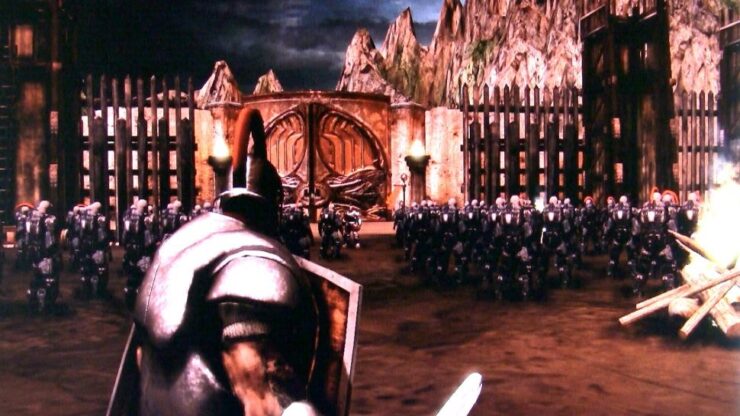 The reportedly cancelled Call of Duty game that made it to the main pages of online gaming news publications just a few days ago after a footage showing a Roman-inspired Call of Duty spin-off emerged on the internet was never likely to be made, according to Activision. The publisher has clarified that the concept of Call of Duty: Roman Wars was “proposed by a former employee,” but the game was never given serious consideration and it was never even “requested to move to prototype.”

Roman-Themed Call of Duty Game "Was Not Seriously Considered nor Requested to Move to Prototype.” Says Activision

GamesRadar recently came up with some footage of an early build of a Call of Duty game that was reportedly aimed at taking the veteran first-person shooter series way back to ancient Rome. According to the outlet, the game, reportedly titled Call of Duty: Roman Wars, was first discussed when Activision started taking pitches from various developers while looking to experiment with the series back in 2008.

Vicarious Visions, a Activision-owned game development studio that is responsible for games like Skylanders and Guitar Hero, had reportedly proposed the game with a prototype. However, following the details of Call of Duty: Roman Wars being revealed in the recent report, the American video game publisher has issued an official statement, clarifying things around this potential Roman-themed Call of Duty game.

"The game concept was proposed by a former employee while working at the studio, but was not seriously considered nor requested to move to prototype,” an Activision Spokesperson said.

GamesRadar’s report also revealed that the game was later “repurposed and pitched to Ubisoft, as just Roman Wars,” but of course, it never took proper form. Although the game never saw the light of day, the market has received other ancient war games. The source behind all this information said Crytek’s Ryse: Son of Rome, a Roman action game that was released as a launch title for Xbox One, made them feel validated in their push for a game with ancient warfare as its storyline, however, Roman Wars was long dead by then.

You can catch up on all the details about the game here, or just watch the video shared below which includes some "Roman Wars" gameplay footage as well.