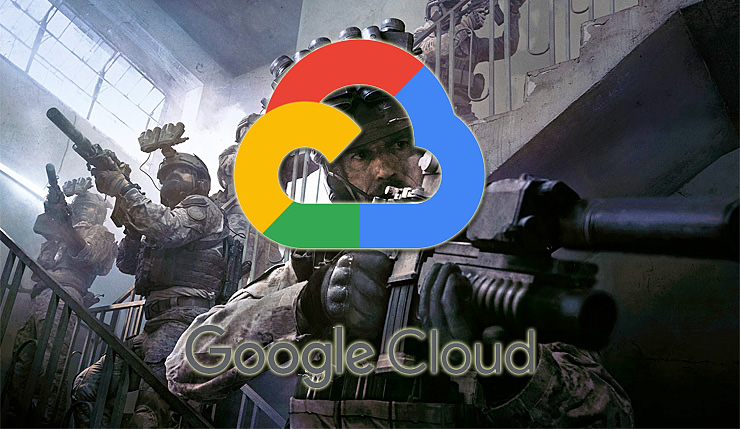 Activision Blizzard runs some of the biggest online games in the world, from Call of Duty to World of Warcraft, and, going forward, those online experiences will be powered by Google Cloud tech. Here’s what Acti-Blizz and Google had to say about their newly-announced “multi-year strategic relationship” in a press release.

Google Cloud will serve as the preferred provider for Activision Blizzard's game hosting infrastructure. […] With hundreds of millions of monthly active users around the world, Activision Blizzard sought a partner to help enhance its gaming infrastructure, as well as deliver superior, low-latency player experiences. The company turned to Google Cloud because of its highly reliable global footprint, advanced data analytics and artificial intelligence (AI) capabilities, and commitment to open source, creating a platform for building future gaming innovations. Players will benefit by experiencing premium network quality-of-service, including low latency and packet loss when playing high-fidelity games on any device.

The new Google partnership also means YouTube is now the official home of all Activision Blizzard esports, including all Overwatch League, Call of Duty League, and Hearthstone Esports broadcasts. Well, except for in China, where YouTube is still officially blocked.

This partnership is the latest volley in the ongoing battle between Google and Microsoft for cloud gaming supremacy. Of course, Microsoft has Xbox Live and the upcoming Project xCloud streaming service, and recently signed a deal with Sony to provide them with cloud and AI services. Google needed to strike back and tying up Activision Blizzard is a big one. Google’s Stadia streaming service may be off to a shaky start, but supporting other publisher’s games with their cloud tech is where the serious money lies, so expect more announcements like one going forward.

What do you think about this new partnership and what it might mean for the industry?