Thursday afternoon has been a bad one for Activision Blizzard NASDAQ:ATVI. The company fell close to five percent following its quarterly financials being revealed early by Dow Jones.

Initially the company spiked by over one percent, before investors spotted the fact that figures were revealed prior to the agreed time following close on Thursday. In a statement to CNBC, it was confirmed that the information was released early. More than that, the information was incorrect and from a prior year. 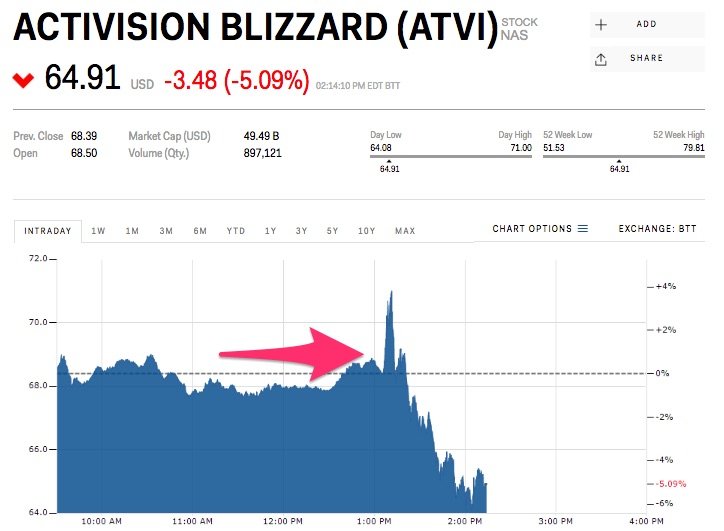 The information released early by Dow Jones was not only released early, but as mentioned, incorrect. The figures released were from 2017, not 2018. This was confirmed by Activision Blizzard's senior vice president of investor relations.

What is the major story here is the release of the figures here and the huge impact in such a short time. Initially the figures revealed the company beat expectations with over $1.7bn of revenue. Correct figures were later revealed by Activision Blizzard at $1.38bn.

The volatility that came from such a mistake was incredibly high resulted in the freeze on trading. This despite figures being revealed at a much higher amount than expected, which likely caused the initial spike prior to people noticing the early release and accting accordingly.

For full analysis on Activision Blizzard's results, please see our earnings piece to be released shortly.