The ActionSleeve Armband Puts the Apple Watch on Your Bicep – Video 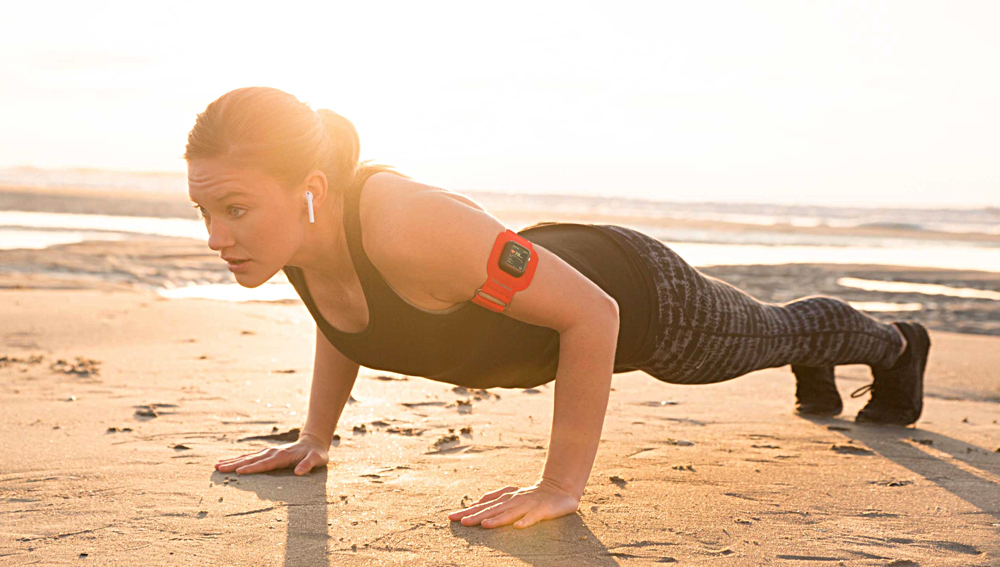 TwelveSouth has unleashed a new accessory for the Apple Watch called the ActionSleeve. It is an armband accessory for your wearable.

ActionSleeve Gives Your Apple Watch a New Place During Your Workouts

When you think of any fitness tracker or a smartwatch with fitness features, you generally think about it being on your wrist than anywhere else. But there are certain workouts which require a fitness or activity tracker to be somewhere else rather than just your wrist. TwelveSouth understands this very well and have conjured up the ActionSleeve for the Apple Watch. It's essentially an armband for Cupertino's wearable that gives the device a new place, on your bicep.

Enter ActionSleeve. ActionSleeve straps your Apple Watch to your upper arm or bicep - off your wrist - but still fully viewable and controllable. ActionSleeve's outer frame adds protection from nicks and dings and with tighter, more consistent skin contact, it can even improve heart rate monitoring. Offered in Black or Red, ActionSleeve gives you a whole new way to utilize Apple Watch - beyond the wrist.

The new accessory from TwelveSouth fits both variants of the Apple Watch - 38 and 42mm. It, as you'd expect, is not limited to any specific model either. Whether you have a Series 1, Series 2, or the original watch from Apple, it'll just work out of the box.

Thanks to the clever design of the ActionSleeve, leaving the back of the Apple Watch exposed, the wearable will be able to track your heartbeat without any issue. And since the armband keeps the Apple Watch away from your wrist, therefore you can indulge yourself into extreme workouts without damaging your wearable. This alone is a massive selling point.

On the pricing front, the accessory will set you back just $29, which is quite cheap. And if you are asking me, it's well worth the investment, given you care a lot about your wearable. Also, given the quality TwelveSouth manages to push out with its accessories, you can rest assured you'll get the most out of your dollar spent.

If you are interested in seeking more details, then simply head over to this link. Also make sure you check out the demo video below before heading out.