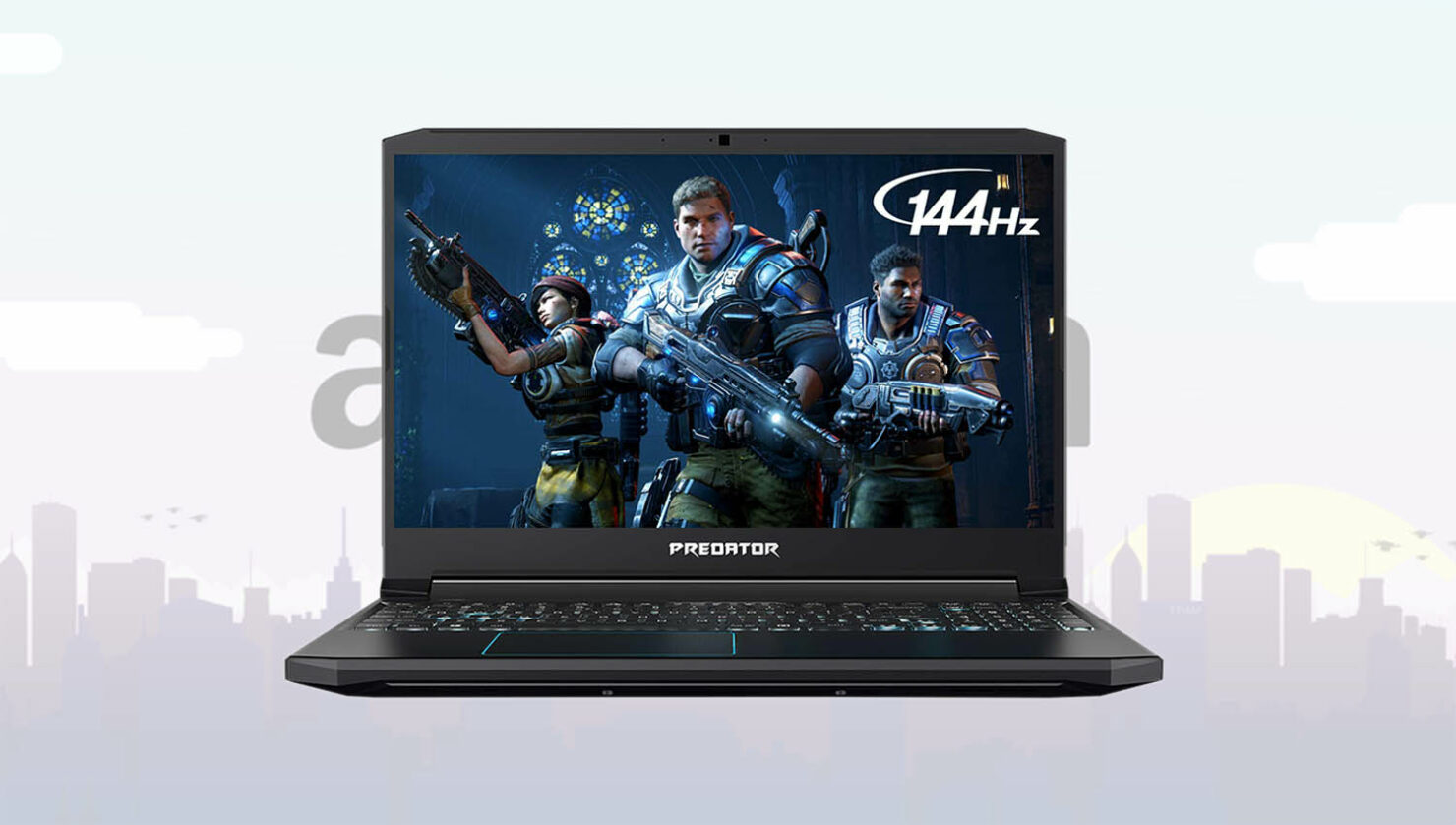 With so many gaming laptop models available at variable pricing tiers, it’s a difficult choice to make when you want to purchase a portable, yet capable machine. The 2019 version of the Acer Predator Helios 300 is one such option that delivers on the build quality, performance, and pricing aspects, making you a happy gamer in the end.

The Predator Helios 300 features a 15.6-inch 1080p IPS LCD 144Hz screen with a 3ms response time. Color accuracy is decent and you’ll be able to do some passable color-grading work on it too. However, the stars of the show are the CPU and GPU. The Predator Helios 300 features an i7-9750H hexa-core processor coupled with an NVIDIA GTX 1660 Ti with 6GB of GDDR6 of graphics memory. In case you’re wondering about the GPU’s performance, it can beat a desktop-grade GTX 1070 in a few games as well as an RTX 2070 Max-Q in some titles as well. That’s thanks to the 80W version of the GTX 1660 Ti, along with the ability to run at overclocked speeds.

The configuration that Amazon provides has RGB backlit keys, along with a speedy 512GB NVMe SSD. There are two more drive bays; one for another M.2 PCIe NVMe SSD and a standard 2.5-inch SATA drive. You also get 16GB of DDR4 2666MHz RAM but it can be expanded up to 64GB of DDR4 RAM if you’ll require this much memory down the road. The trackpad is made up of plastic, but it uses Windows Precision drivers, and according to several review videos, the Predator Helios 300 has very impressive thermal performance.

There is also a single USB-C port, with which you can connect external monitors, mice, keyboards, and even transfer data over high-speed storage peripherals. As for the price, the 2019 Acer Predator Helios 300 is going for $1,129.99 but there are freebies included too. At this price, the Predator Helios 300 is an absolute steal and for a lot of gamers that want high performance at 1080p, this one is the model you should be looking for.

Get the Acer Predator Helios 300 from Amazon