Taiwanese firm Acer has been itching to get in to the mobile gaming sector and it looks like the company will finally be able to showcase its offering to the globe. Acer Predator, the company’s first ever gaming tablet is expected to be launched during the third or fourth quarter of 2015, and is going to possess a screen size of 8 inches. While there has been no mention of the resolution that is going to be rendered from the slate, there is one feature that will most likely make the product far more popular than NVIDIA Shield ever did. 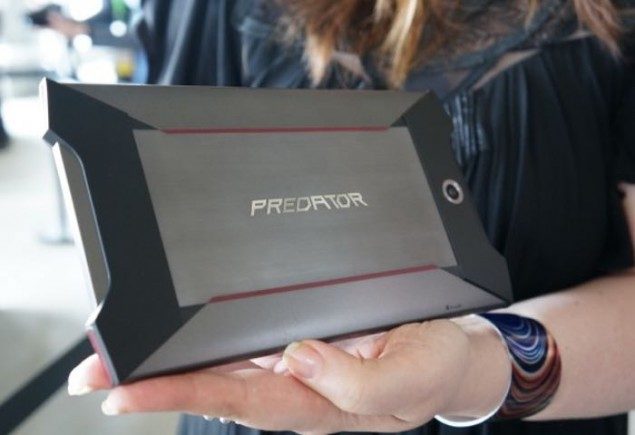 Acer Predator Will Be Running Intel Z8700 SoC; Will Feature A Haptic Feedback Function To Provide Additional Levels Of Immersion

According to a report, Acer has commenced production of its first gaming tablet that is going to be running an Intel Atom Z8700 SoC. While the amount of RAM has not been detailed by the source, we expect that the product is going to feature 4 GB of it. According to the source, Acer will not be looking to achieve a monumental sales mark, but it wants a stepping stone to be created that will allow the company to progress effectively in this particularly market.

Due to the lack of physical buttons, mobile tablet gamers have to rely upon the touch interface of tablets. While this is a futuristic form of gaming, it does not provide a haptic feedback function that keyboards and gaming controllers do when you are actually playing a game, and that limits the level of immersion.

However, according to what we had posted previously, the company’s CEO stated that Acer Predator is going to possess a haptic feedback function that will allow mobile gamers to experience the same level of immersion as they do when they are using a keyboard or gaming controller.

In this way, Acer Predator will be able to gain a functionality advantage over NVIDIA’s upcoming gaming tablet, which is said to sport the company’s Tegra X1 SoC. We are also expecting that the product is going to be priced in such a manner that it can actually threaten the position of NVIDIA Shield, otherwise having a haptic feedback function will be of no use if users will not be able to afford the product.

We will have more details concerning the upcoming gaming tablet so stay tuned.