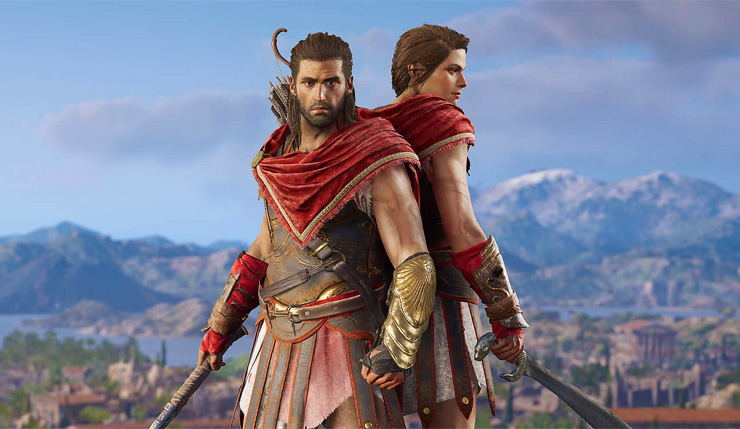 Assassin’s Creed Odyssey is this month’s Game Informer cover game, and, as has become tradition, they subjected the game’s director, Scott Phillips, to a series of rapid-fire questions. Most of the 107 questions asked were a bit silly, but a few interesting things were touched on. You can check out a rundown of the important bits of info revealed, below.

Meanwhile, IGN has released 11-minutes of new Assassin’s Creed Odyssey gameplay. The footage focuses on a single mission – Alexios/Kassandra have to help legendary doctor Hippokrates retrieve notes he needs to help a patient. This involves stealthing your way into a heavily-armed fort, and smuggling out another doctor who has Hippokrates’ notes memorized.

Assassin’s Creed Odyssey sneaks onto PC, Xbox One, and PS4 on October 5.