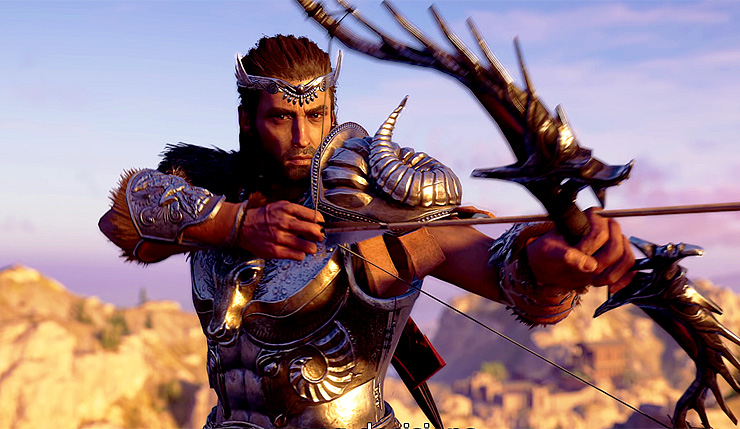 The release of Assassin’s Creed Odyssey is creeping ever closer, and Ubisoft has dropped a new trailer to make sure hype levels remain high. The trailer focuses on some of the tough decisions players will be faced with throughout the game, even hinting you can choose whether you want to take on the traditional assassin role or become a different sort of warrior. Will the game really be as open as Ubisoft is promising? Let’s hope so! Check out the trailer, below.

In addition to the new trailer, IGN has revealed a few new details they learned playing through the early hours of the game. Most interestingly, it seems Assassin’s Creed Odyssey will have an Exploration Mode that eliminates the map clutter the series has long been associated with.

IGN has recently mentioned that #AssassinsCreed Odyssey will have a Gameplay Mode selection screen!

Here are the two modes that will be available to players:

Guided Mode: A more traditional experience. Markers are displayed at all times, and quest objectives are given to you automatically.

Exploration Mode: A newer approach to playstyle. The user must investigate the world to uncover targets and quest objectives. This is the way Assassin's Creed Odyssey is meant to be experienced.

IGN’s video also contains interesting new information about Assassin’s Creed Odyssey’s combat and large-scale Conquest battles. Um, you also get to watch them climb a giant stone butt, so yeah, I definitely recommend you give the video a look.

Wccftech’s Rosh Kelly got to check out a late-game Assassin’s Creed Odyssey mission (a battle against Medusa herself) at Gamescom, and generally came away impressed…

“I had a lot of fun exploring the islands and soaking in the lovely depiction of the ancient Greek culture and lovely Mediterranean weather. The combat was good, though it took a little getting used to the end game abilities that were already unlocked on the character. […] I still couldn’t help but feel [the Medusa boss battle] was slightly out of place against the more traditionally accurate games of the past. Then again, drawing from Greek mythology makes sense given the setting.”