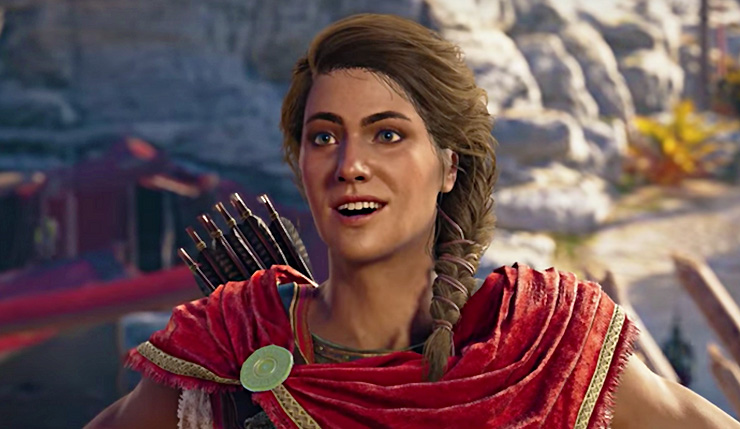 At E3 2018 Ubisoft officially unveiled Assassin’s Creed Odyssey, and the response to the Ancient-Greece-set action-RPG has been mostly positive. That said, a lot of lingering questions still surround Odyssey, as Ubisoft’s been slightly more restrained in their approach with this game. They definitely seemed more eager to show off Assassin’s Creed Origins prior to launch.

Thankfully, we know have a few more answers courtesy of a Reddit AMA with Assassin’s Creed Odyssey creative director Jonathan Dumont (previously world designer for Assassin’s Creed Syndicate). He covers a lot of ground, touching on the game’s story, player choice, modern day aspect, endings, romance, and more – check out some of his more interesting answers, below.

On the research that went into the game:

“We visited Greece to see the country first-hand, understand the topography and get a feel for the culture. We studied up on archaeological research and read ancient and contemporary authors of the classical period. We also hired on a historical specialist of Ancient Greece, Stephanie-Anne Ruatta, who has been instrumental in helping us recreate Ancient Greece and who we run our decisions past to make sure they are as historically accurate as possible.”

“In AC Odyssey players will visit Ancient Greece during the Peloponnesian War, meeting historical characters like Socrates and Hippocrates. From a lore perspective, we wanted to tell the story of how First Civ artifacts created what would become the Templars vs Assassins story, which took place long before the Brotherhood. Also, AC Odyssey is a continuation of the modern day story featuring Layla, so players will pick-up right after Origins.”

“Thanks for asking, glad to clear this up! Modern day is not optional, everyone will experience modern day in their playthroughs and because of the narrative choices players can make in the game, there will be opportunities to experience more present day for players who want to.”

The game will have multiple endings:

“Yes. As for how dialogue choice will impact the game’s endings, we don’t want to give too much away, players will experience that for themselves. But your actions and choices will leave to different endings. True for other quests too!”

There is a “canon” version of the story, and it stars Kassandra:

Yes, there will be a canon [story, which is] represented by the novel. It features Kassandra and her journey. But in the game you decide your path, there is no right or wrong way.

Odyssey’s story is coming from the writer of Assassin’s Creed IV: Freedom Cry:

It was a team effort headed up by Melissa MacCoubrey and [myself].

Sailing is less of a focus than in Black Flag, but at least there’s sharks:

“Ships and naval have a strong place in our game, but they're less the core element of the experience than in Black Flag. Gameplay is also different from BF as we have a more accessible and arcade approach, focusing on the immediate fun. We are true to the era, so no cannon but we have arrows, javelins and more emphasis on cleaving and ramming.  Nothing better than cleave a ship in half to see her crew devoured by sharks! But of course there is also a progression and recruitable crew for players that want to go deeper.”

You can pet dogs and other furry creatures:

You can Pet and tame many animals. But there are no cats (Only big cats :))

On how far the sexy stuff goes:

“[It] depends if you are good at romancing 🙂 Lovers keep their clothes on though.”

If you’ve got some extra time to spare, you can check out the full AMA, right here.

Assassin’s Creed Odyssey marches onto PC, Xbox One, and PS4 on October 5.