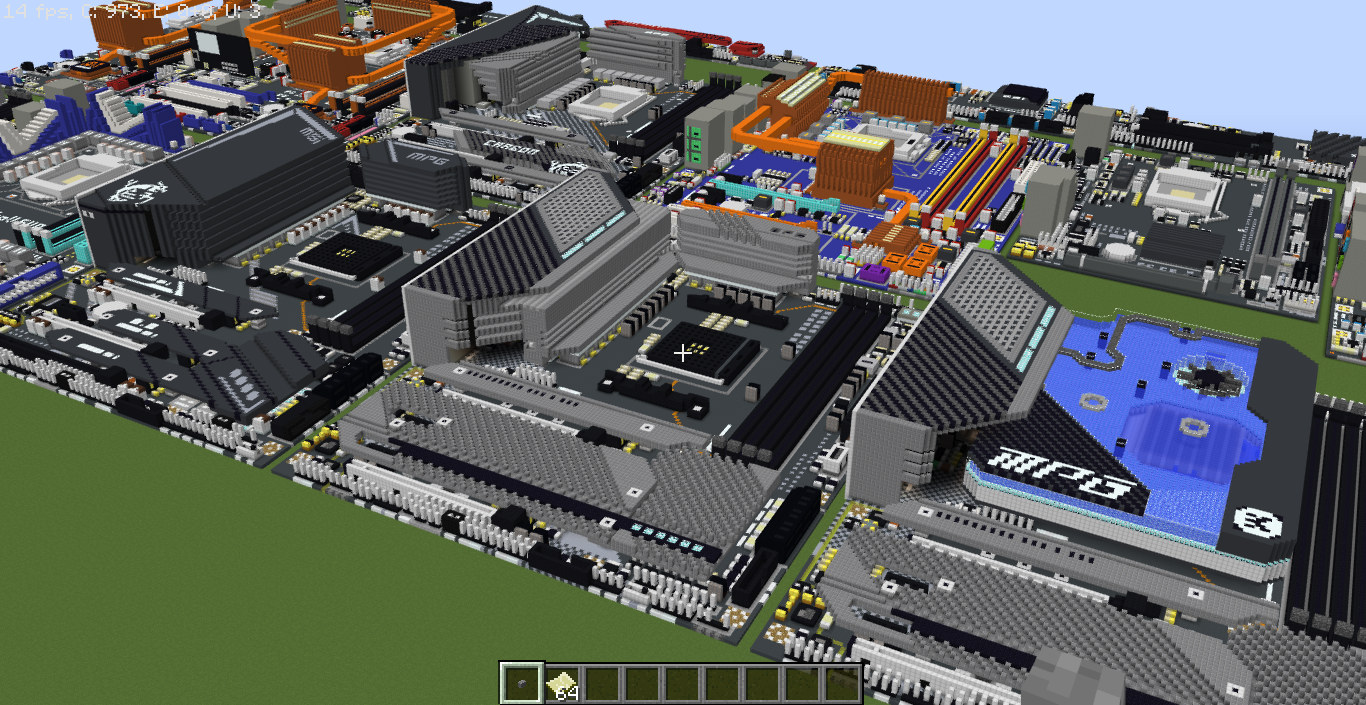 A Redditor has spent several hours recreating real-life Intel and AMD motherboards with Minecraft. The motherboards which are interspersed together look like a giant sprawling city and the amount of dedication required to build something like this is truly applaudable.

The user who goes by MasterKnight48902 over at Reddit spent countless hours building several Intel and AMD motherboards. According to himself, each motherboard took around 2.5 hours to make using MCEdit 0.1.7.1. It's just mind-blowing that even with a handy tool, it still takes hours to create a motherboard and it should considering just how well-crafted these motherboard sets are.

MasterKnight has been expanding his motherboard recreations in Minecraft for a while now and the latest sets include the MSI X570S motherboards such as the EDGE MAX WIFI, CARBON MAX WIFI, CARBON EK X, UNIFY-X MAX, and ACE MAX. MSI announced these motherboards just a few weeks back and all of these have been build within Minecraft with precision given to every single component such as VRMs, heatsinks, and even RGB LEDs.

This isn't the only work that MasterKnight has done. The user has also created several other Intel and AMD boards and even a few older ones that are based on the LGA 775 socket such as ASUS's legendary P5K3-Deluxe with its standout feature being the circular heatpipe array surrounding the socket. Following are some other Minecraft works from the Redditor:

There's even a motherboard with a water block attached to it that was recreated within Minecraft so do make sure to check out MasterKnight's work over here!