MMO-ception: Remnants of Earth, A Game Within A Game, Within Second Life

Have you ever wanted to escape the world that you're escaping into? Yeah, I know, that's a strange sentence isn't it? But Second Life now has a game that can be played within it. Remnants of Earth provides a cyber punk tabletop RPG inspired experience that you can access and play if you're second life, life, gets a little too, well, boring. 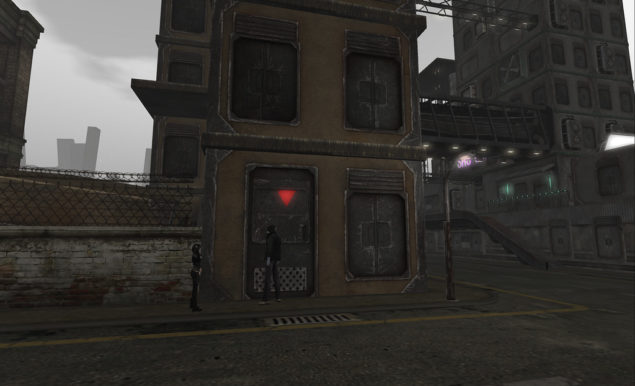 Remnants of Earth is a game within a game, accessible by your character in Second Life, if you happen to still play that game.

I think Remnants of Earth takes role-playing games to a completely new level, Inception style. But, that mind-blowing conundrum aside, Remnants of Earth wants to offer a table-top gaming experience to those in Second Life. The goal is to be able to provide an atmosphere that makes it easy to get together and plays such games.

Have you ever played a table top game in real life, having to go through the pains of getting friends and food together, then only being able to play one night a week? Then having to put the whole thing on hold because one person doesn't show up? Maybe you don't have friends that are into table top gaming as much as you? Remnants of Earth is for you! We've built a fully featured pen and paper role playing game within one of the best platforms to roleplay on: Second Life.

It's as full featured as they come, as well, letting you enjoy all the facets that are common to RPG's. You can craft, collect, quest and fight PvP and PvE to your hearts content. Crucially, they have a very intricate story that they've crafted that draws inspiration from Dungeons & Dragons and ShadowRun.

Does anyone still play or interact with Second Life anymore? I'm not so sure it has much of a player base anymore, though it was indeed quite the popular game at one point. Interestingly, the Oculus Rift is going to be supported in the future, so you'll be able to play in a VR environment. That'll also put a novel spin on the game, taking the namesake to even another level.