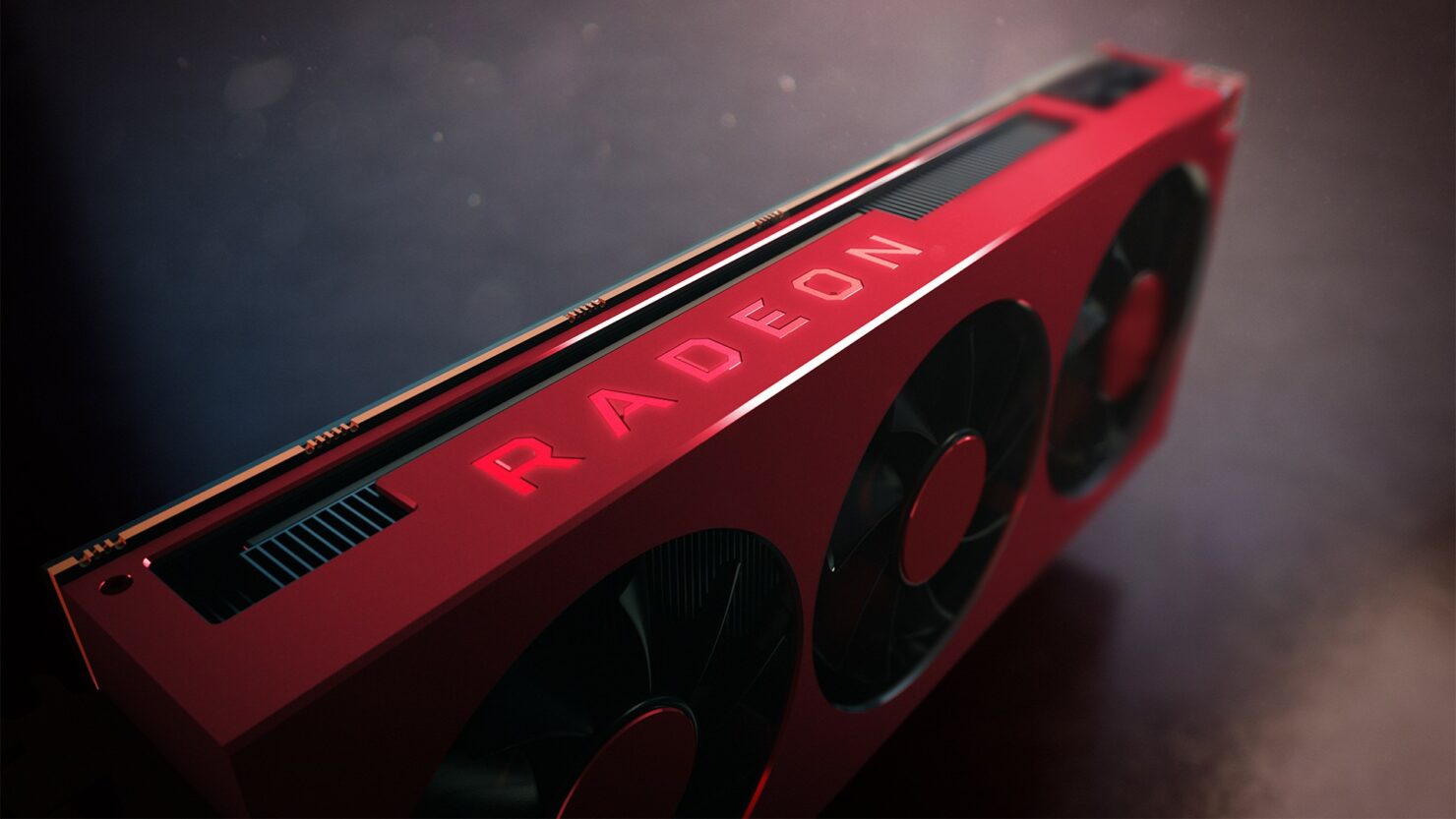 RRA certifications are one of the most surefire methods of predicting when a particular GPU is going to come out and it looks like AMD is preparing a launch pretty soon because a big family of GPUs just passed RRA certification. While we cannot be sure this is indeed Big Navi, word on the rumor mill would point that way. If nothing else, gamers can expect some new GPUs to launch within a few months from AMD.

The RRA certification is something all consumer ASICs have to go through in South Korea - just like in the US. Unlike the States, however, RRA publishes its certifications in the public domain, which is great for us because it allows us to sniff out interesting new GPUs that are in the official pipeline. The AMD ATI-102-D32310 GPU received its RRA certification yesterday, meaning AMD has not only finalized its plans for the upcoming GPU family but submitted it to the authorities as well (no more changes in design are now possible). 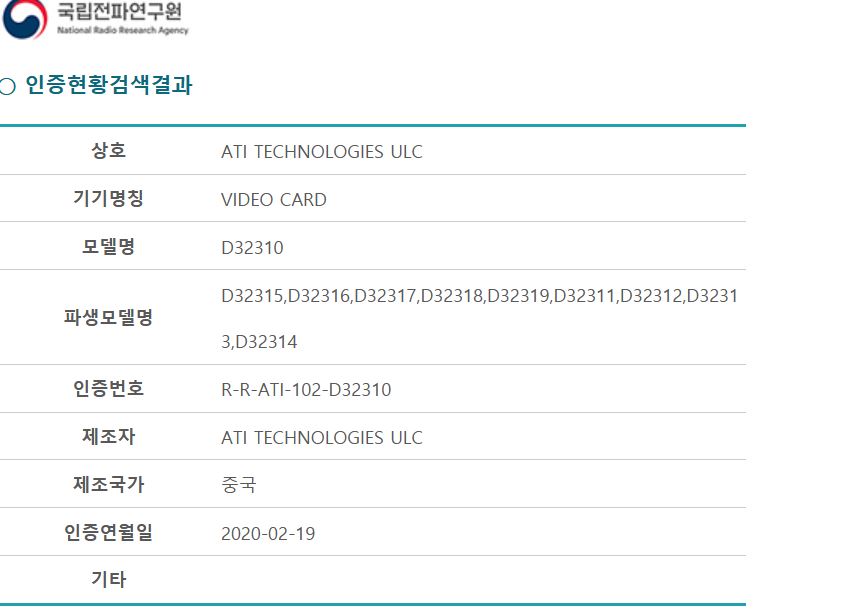 I want to clarify that passing an RRA certification is usually the first step in the final phase of getting a product to market. It can take anywhere from 3 months to 6 months before you finally see a polished product hitting the shelves.

What we know about the AMD RX 5950XT GPU family so far:

The naming convention at play here is the one AMD used for shipping manifests during the Zauba years and something we were able to readily decode. To give you a recap: Hawaii boards were named C6XXXX, Tonga boards C7XXXX, Fiji boards C8XXXX, Polaris boards C9XXXX, Vega boards D12XXX and small Navi boards were named D18XXX.

In fact, if we are being specific about it, then the exact code names were:

Considering it just passed the certification, we are likely looking at the RDNA2-based full Navi die that will support ray tracing at a hardware level. This is the same GPU that will power the next-generation PlayStation 5 and the Xbox as well (remember AMD designed Navi for the consoles, read more about that over here). In all likelihood, we are finally catching our first glimpse of "big" Navi. You might remember my exclusive published a year and a half back that predicted that the flagship Navi part won't land earlier than 2H 2019 or early 2020. Well, there you have it, folks, it's finally happening. The Radeon RX 5950 XT GPU has previously been spotted on EEC filings as well:

Nomenclature would dictate that the RX 5950 XT be significantly more powerful than any of its younger siblings (like the already-released RX 5700) and going by the steps involved, we can easily see that this is going to be quite a powerful card.