One of the biggest things that are really helping in expanding gaming industry publicly worldwide is Electronic Sports. ESports (also referred to as competitive gaming) is a term used for video game competitions organized by various companies and firms especially between professionals. Just consider eSports as your normal holiday nights gaming sessions, but with millions of people watching you while you compete. 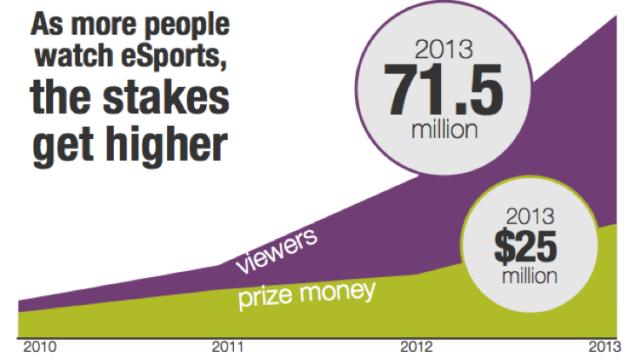 With growing interest in everyday gaming, eSports is expanding every year and it has taken video games into the homes which accommodate no gamers. Not only persistent gamers but those people who play games occasionally just for passing time have also come to be incessant viewers of eSports. Interest of people in eSports is growing with every passing year.

ESports have taken gaming through global perspective since it first flourished on PC hardware. Acting as a warm water pool for gamers who like to swim in the gaming world, eSports completely revolutionized gaming as a profession. Covering a large number of viewership, each passing day is granting hundreds of new fans to eSport and the numbers are growing with no stop.

A gaming industry research group known as SuperData decided to conduct a research on eSports and According to the collected and calculated data, eSports market is growing rapidly. The market has attracted a lot of attention and viewership has increased almost eight-fold in the last four years. Only in the past year, eSports viewership doubled, growing to over 71 million. Half of the audience from 2013 eSports viewers is from the United States. Average eSports viewer watches games with a session length of about 2.2 hours 19 times a month.

In October 2013 alone, approximately 15 million people took out ample time to watch the World Series. League of Legends is one of the top eSports contenders at the moment with over 32 million fans who watched live streams of League of Legends World Championship Season 3, that is double the number of people who watch Major League Baseball’s World Series. Along with Star Craft II, recently released Call of Duty: Ghosts has also become one of the most famous eSports game.

"Why would someone want to watch other people play video games?" SuperData’s CEO, Joost van Dreunen, said. "Unlike viewers of traditional sports such as football or basketball, the people watching eSports tend to play the game regularly as well. They watch to learn new moves and improve their own game.”

Inspecting the immense growth in eSports viewership, more and more publishers are putting their investments in competitive gaming. Riot and Wargaming are leading in this regard but Valve and Blizzard and many others are also following quickly. It is expected that millions of more viewers will join the community through 2014. 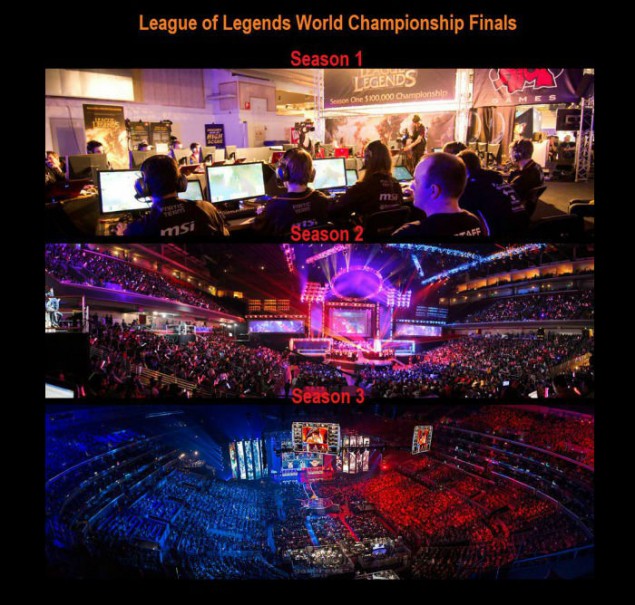 You might be wondering why such sudden boost? Well, according to the researchers, eSports is becoming more popular among Western viewers. China and Korea has provided most of the traffic to eSports  for many years but now the gamers in the US and Europe have started taking interest. As a result, millions of new viewers have jumped in.

Online live streaming services have also played an important role in boosting eSport's viewer traffic. According to Joost van Dreunen: "[With] the booming popularity of streaming services like Twitch, ESL and MLG, it is becoming easier than ever for gamers to connect with other players and form communities that culminate in competitive gaming.”

What do you think of eSports and its future? Please share your thoughts in the comments below.