5G Smartphone Shipments Will Eclipse 4G-Supported Devices Numbers by 2023, According to Latest Research 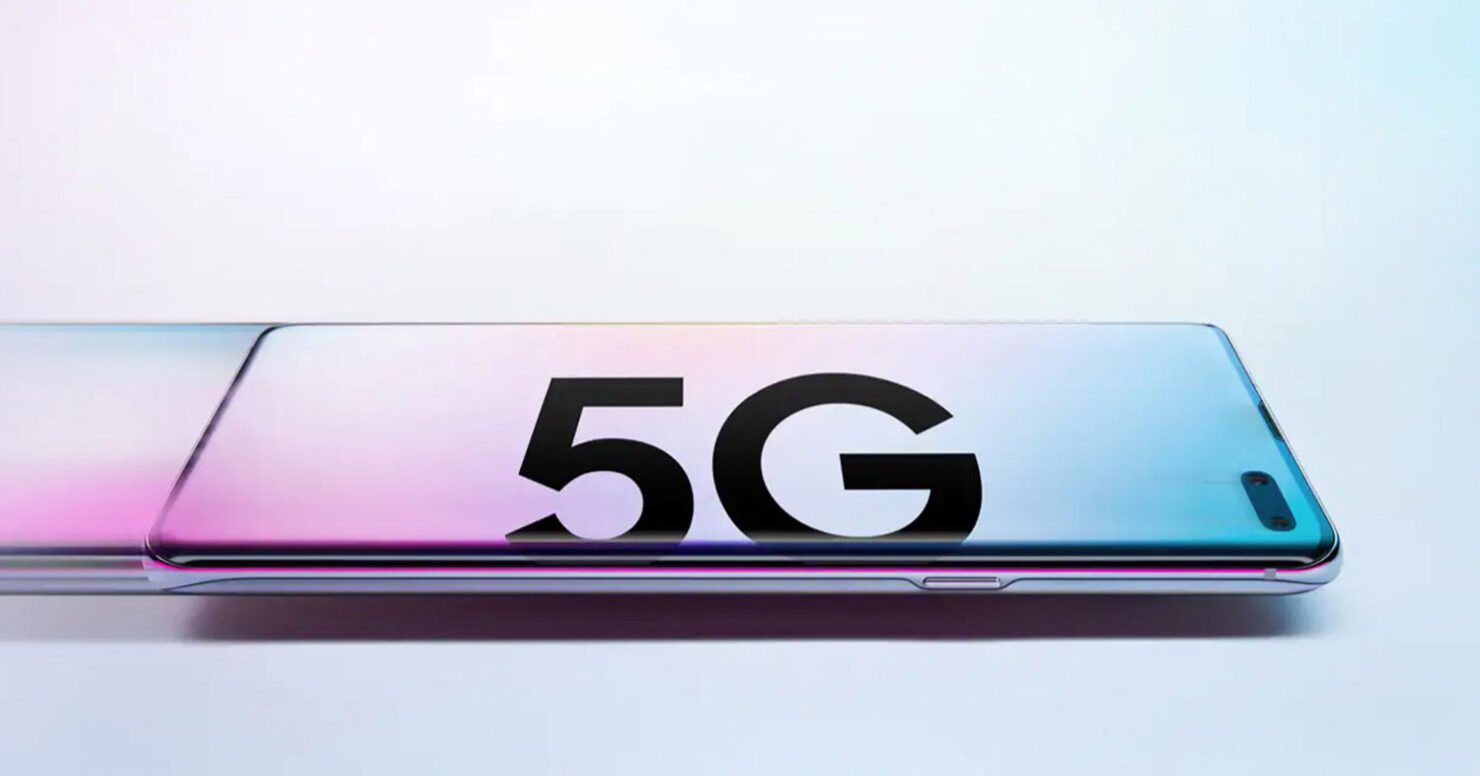 During this year’s MWC Shanghai trade show, research firm Canalys released its estimates for 5G smartphone shipments for the next five years. The analytics company believes that the sale of 5G-ready handsets will touch around 800 million units in 2023, making up 51.4 percent of overall shipments. Canalys also says that this rapid proliferation of 5G handsets will be enabled by the interest of governments of developed nations in the next generation of wireless networks.

Canalys’ forecasts seem much more optimistic than that of IDC, which had earlier said that the market share of 5G-enabled devices will be around 26 percent by 2023. Canalys, on the other hand, believes that between 2019 and 2023, the Compound Annual Growth Rate (CAGR) will be 179.9 percent and expects 5G smartphone shipments to reach around 1.9 billion by the end of 2023, overtaking 4G shipments. 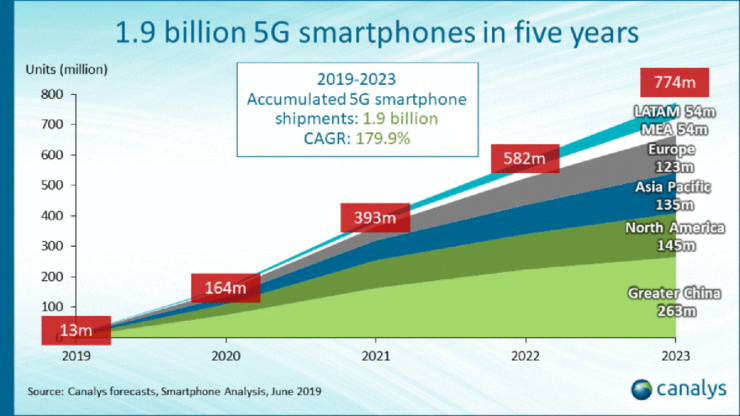 As mentioned before, Canalys’ optimism is fueled by the initiatives of the governments of the U.S. and China to expedite 5G development. The company expects 5G-capable devices to account for 17.5 percent of the total sales in China next year. Operators in China are expected to invest around $5 billion in 5G by the end of this year and install around 70,000 to 90,000 5G base stations in the country. As the research firm points out, many smartphone vendors and equipment makers hail from China and on top of that, the government has a robust roadmap and the carriers there are financially strong.

The three major carriers are expected to aggressively promote their 5G networks and local companies such as Huawei, Xiaomi, OPPO, and ZTE are expected to be their launch partners. Samsung is also tipped to capitalize on this opportunity to increase its presence in the far eastern nation while Apple will miss out as it doesn’t have a 5G handset yet and risks losing its already meager market share to competitors in the country. 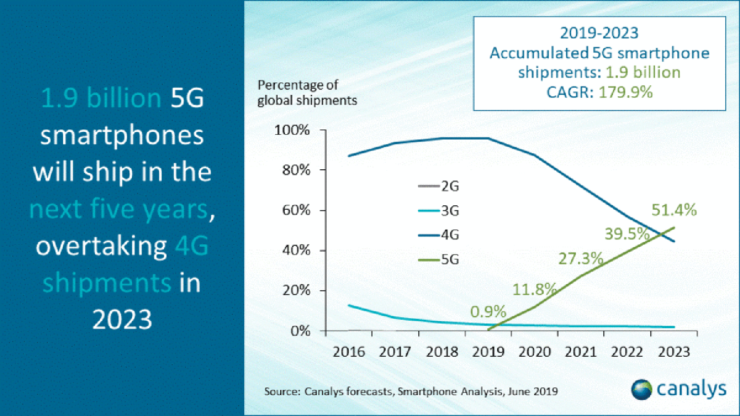 Canalys warns that high adoption rate is not the same as successful 5G deployment and that full deployment will take much longer. 5G networks are much more complex than 4G ones and unless they are fully deployed, their true potential cannot be realized. This will put more financial burden on carriers, who are already witnessing plummeting revenues and competition from mobile virtual network operators MVNOs.

Do you think Canalys’ estimates concerning 5G smartphone shipments will be realized in the year 2023? Let us know your thoughts down in the comments.