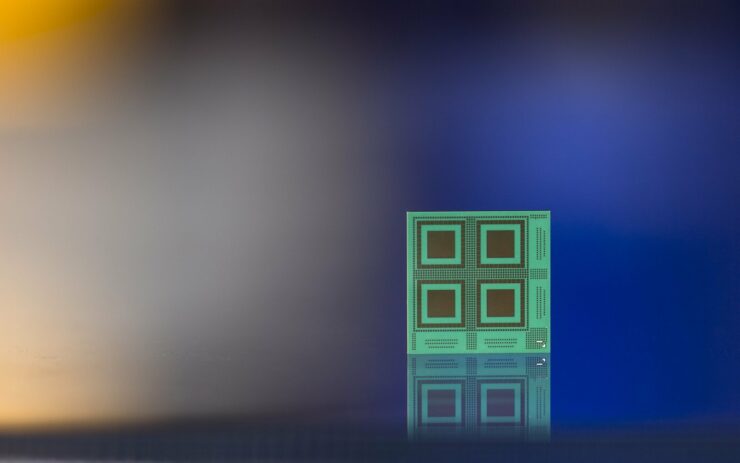 5G networks have started rolling out, and those real-world speeds are beyond impressive. Let us just say that if you’re living in a region where 5G hubs have started populated, you won’t believe the massive speed bursts. Still, the next generation of cellular connectivity is not ubiquitous right now, but some developed nations have switched on 5G switches in certain regions, with Australia being one of them. As it so happens, some real-world 5G tests were carried out, and here are the results.

On 5G Networks, It Takes Less Than a Minute to Download a Game, but There Are Drawbacks to This Speed Too

CNET recently decided to get the lowdown on what 5G is actually like in the country, where Telstra has rolled out the service in few parts of Sydney. As expected, CNET found out that 5G is indeed blazing fast, allowing you to download heavy games and movies within a matter of minutes. For instance, it took just 54 seconds to download PUBG, which weighs 2.04GB. The phones that were used include the LG V50 ThinQ and OPPO Reno 5G, and it turns out the V50 is a little better when it comes to download speeds.

However, during the experiment, the publication also stumbled upon some expected and unexpected problems. For instance, there are just a few 5G base stations in Sydney, which means the area of coverage is limited and merely moving from one block to another can cause the speed to drop dramatically. 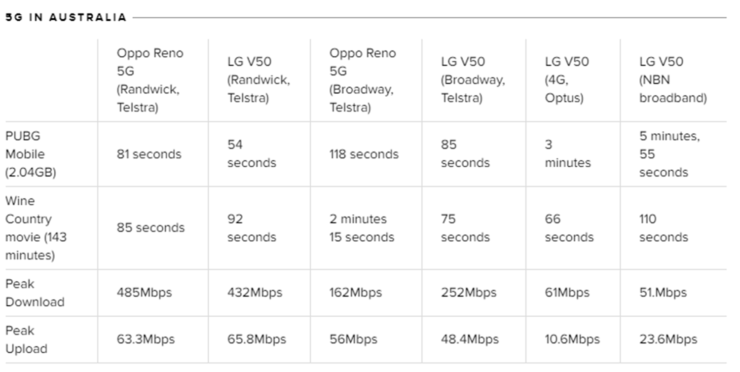 On top of that, the peak speeds and average speeds are very different. For example, the speed can be over 100Mbps in one area and drop to 50Mbps in other. Same is the case with the upload speeds, which the media outlet found to vary from 36Mbps to 56Mbps.

Wow! @OPPO Reno #5G reached 2+ Gbps running on @Telstra network. #5GisHere in ?? and the country gets the ? for the fastest 5G speeds in a commercial network so far -- but I'm confident the trophy will be moving across the globe over the next few months. https://t.co/S7Sidt8hdz pic.twitter.com/mAvimkV7Q7

CNET also notes that 25 minutes into the experiment, Telstra sent an SMS stating that 50 percent of the 20GB data allowance has been used. During that time, two Netflix movies and PUBG was downloaded so while an average consumer wouldn’t be involved in this level of activity, it still spoils the fun because what good are faster speeds if all the data is used up within an hour and to do more, you will have to pay more.

CNET earlier conducted a 5G test in the UK, and findings were largely the same, as although the network was found to be ‘jaw-dropping’ fast, the service was patchy and speeds fluctuated a lot. However, this is just the beginning of 5G and service is expected to improve by 2020. In fact, a lot of industry watchers state that 5G smartphone owners should not expect to experience the speed benefits of the next-gen wireless standard.

That might also explain why Apple is expected to introduce a 5G-ready iPhone next year, but others can comment saying that the California-based giant is slow in adopting the newest standards. The company lets this technology mature and in time, it implements it in future devices.

So what did you think? Impressed with what 5G’s real-world speeds have to offer? Tell us your thoughts down in the comments.