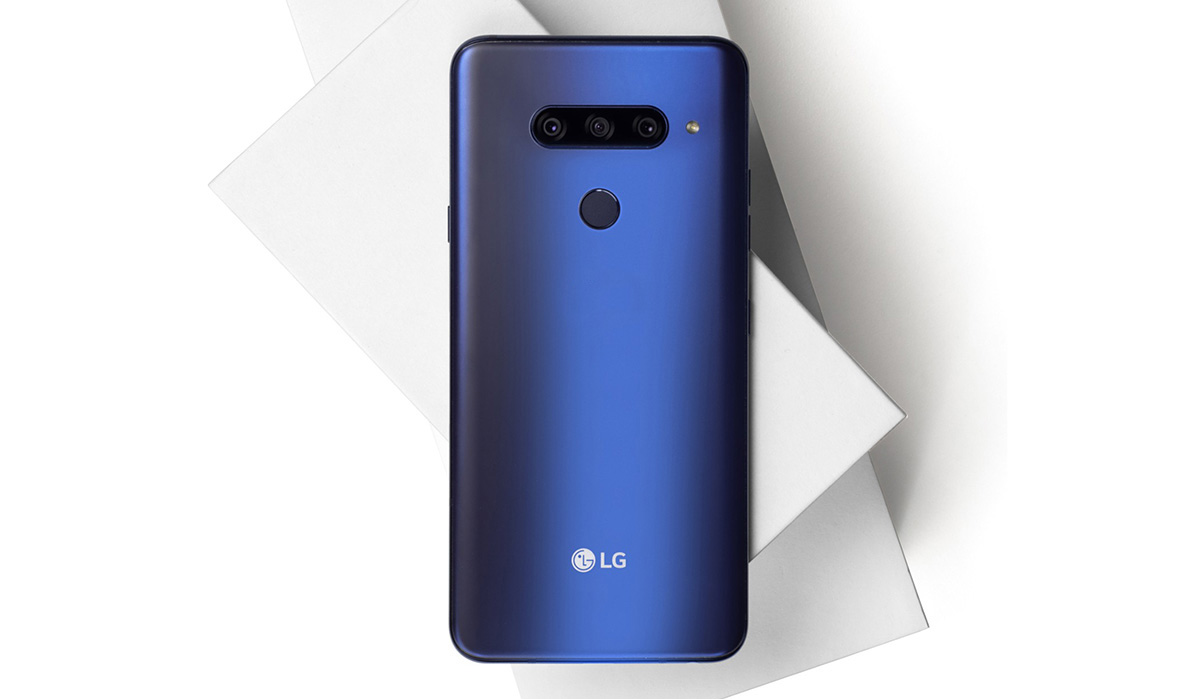 Just like last year, LG is preparing two flagships for 2019, with the first one being the G8 ThinQ. During the MWC 2019 trade show, things are expected to be a little different, thanks to the introduction of 5G connectivity. Disappointingly, the G8 ThinQ isn’t going to be the first 5G-ready flagship from the struggling company, but the V50 ThinQ will be, according to the latest leak.

LG V50 ThinQ Will Miss out on an Optical Fingerprint Reader, but Is Expected to Get a Significant Camera Hardware Upgrade

The latest image shared by Evan Blass shows LGs’ first 5G-ready flagship, the V50 ThinQ running on the Sprint network. It is possible LG launches the V50 ThinQ in the U.S. exclusively through Sprint, but other carriers might agree to sell the flagship if things pan out. As for the design, the V50 ThinQ looks similar to last year’s V40 ThinQ but it could be a move from LG to save costs, seeing as how the company has suffered successive losses in this business.

What you see in the image below is a lack of an in-display fingerprint scanner, so you’ll have to stick to the old ways of unlocking your phone. Luckily, LG will incorporate a triple camera setup at the back, and from what we can tell, the flagship will have two cameras at the front. The presence of a dual-front camera means that users might be able to take regular and wide-angle selfies if LG allows such a feature.

As for the triple camera, we can expect one regular sensor, one telephoto shooter, followed by a wide-angle snapper to give the device more diversity when capturing images or videos. The rest of the hardware includes a Snapdragon 855, which was a no-brainer, along with the Snapdragon X50 5G modem. Just like the G8 ThinQ, the V50 could also sport a Time-of-Flight camera (ToF) at the front to give the smartphone superior facial recognition capabilities. Bear in mind that the 2020 lineup of iPhones are reportedly getting the same camera to upgrade the Face ID security metric.

Additionally, the V50 ThinQ should also get G8’s Crystal Sound OLED technology (CSO), which amplifies the audio using the display of the smartphone. This can mean the V50 ThinQ will not have a front-firing speaker at the top of the display, thus giving it a cleaner look. With all this technology present in a compact package, don’t expect the device to come cheap. Previously, it was leaked that the G8 will cost around $900 USD, so expect the V50 ThinQ to venture in the $1000 category of smartphones fairly easily.

Both the G8 and V50 are reportedly getting announced on February 24, so the missing details will be unveiled at the aforementioned date. Are you looking forward to the launch? Tell us your thoughts down in the comments.