Four Must Do Things In Call Of Duty Advanced Warfare – Tutorials, Gameplay Perks And More

Whether you're a console gamer or a PC fan, Call Of Duty Advanced Warfare is officially here for the gamer community to fully enjoy. So if you've already managed to get a copy of Sledgehammer's jewel in the crown, there are some must-do things that you should absolutely know. Before we get into details however, you should know that the basic version of the game will set you back for $60, the limited edition costs $80 and the pro collector edition with extras is going for $119.

So you've gotten your hands on Call Of Duty Advanced Warfare and don't know what to do? Here's a list of the top five things to do as soon as you get your hands on the title. 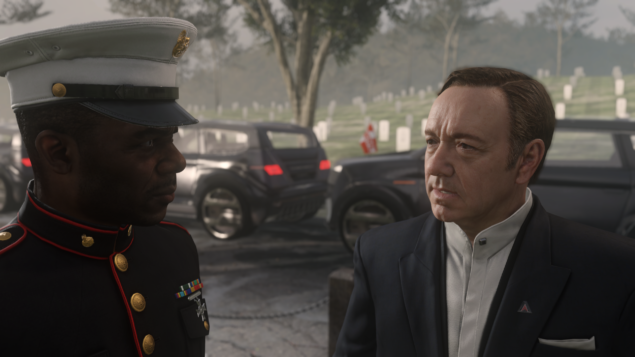 As you all know by know, Advanced Warfare is also getting a Day Zero version, which as the name suggests will be launched one day before the official release date. In Day Zero not only do you get two exclusive guns but also double XP. So all regular, chain or other kills get you double the XP that you would have gotten otherwise.

Call Of Duty Advanced Warfare also changes the way you move and interact with your surroundings during gameplay. The first of the is the jump sprint which allows you to jump higher by double tapping the jump button. You can also jump and sprint in a direction. More new commands include dash boost in any direction and more. Keep in mind that you only get limited boosts and boosting too much will get you killed. In fact, you show up on radar every time you boost. Things get more clear in the video below.

In Call Of Duty Advanced Warfare you get newer weapons and more perks to enhance your character during gameplay. Perks in the game include Flak Jacket which minimize explosive damage, low profile which hamper enemy detection and  overcharged which increases exo battery life and neutralizes enemies through boost slams. Additional Perks include Gung Ho which allows you to shoot while sprinting, cold blooded which avoids thermal detection and fast hands which lets you reload while sprinting. You can see all perks, scorestreaks and wildcards in the video below.