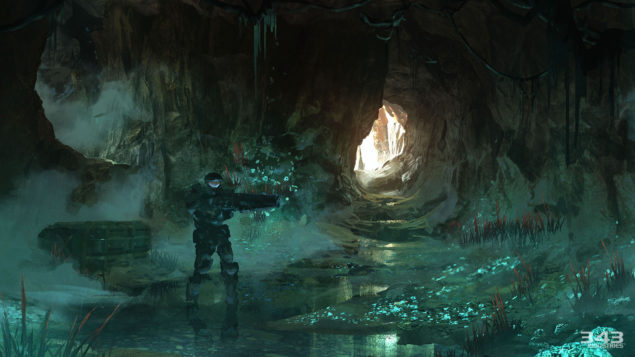 In a recent interview with TIME, 343’s O’Connor reacts to criticism that Halo 5: Guardians received following its launch a few days back. Some seem to criticize the way that 343 took with the series icon, The Masterchief.

Following the Hunt the Truth episodes, it became clear that 343 had something different in mind for the latest Halo installment. I highly suggest, playing the game for yourself, before making any judgements based on reviews or articles from gaming sites.

At the end of the TIME interview, O’Connor was asked for his interests in the future:

“You asked me what I’d be excited about in the future, and certainly in terms of interactivity”

Interestingly enough, the development director for the Halo franchise, responded that he’s interested in games or methods that don’t necessarily involve shooting – an element that is quite present in all of the Halo games.

“I think games or methods of gameplay that aren’t simply shooting interest me”, O’Connor said.

According O’Connor, he would love to do something related to expedition to the original Halo ring:

“I’d love to go do a xenoarcheological expedition to the original Halo ring. You know, take some scientists down, drive around, catch samples, do some detective work, maybe there’s a mystery”

Whether we can expect this kind of exploration in the next Halo is a mystery, but O’Connor’s statements do give some insight in his (personal) interests. For now, I suggest you check out Halo 5: Guardians.