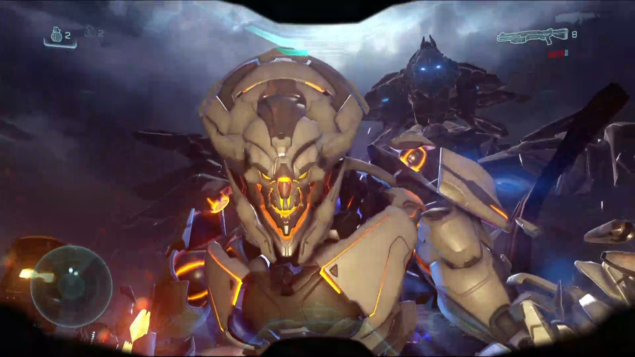 Speaking on the Teambeyond forums, Josh Holmes who goes by the name Sal1ent, replied that a forum member who argued that 60FPS doesn’t help Halo 5’s gameplay in any way. The forum user continued by stating that 60FPS is purely an element of visual comfort and is as meaningful to the game, as is Field of View (FOV).

Holmes’ reactions to these ‘statements’ are kind of hilarious, and I guess they don’t need explanation. Coming directly from 343’s studio head, makes them even more fun though. 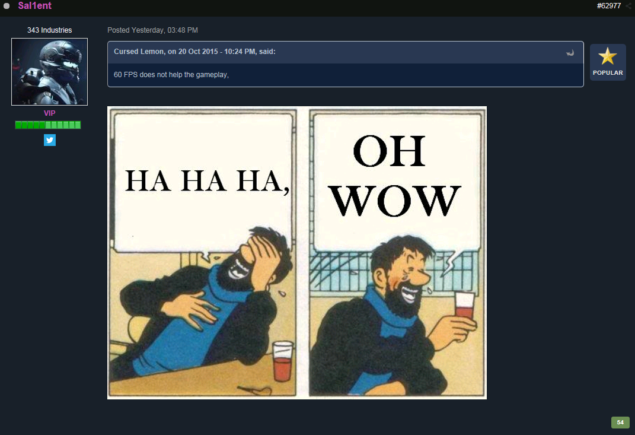 The studio head wasn't merely being 'funny' though, and he did offer an honest response. Holmes denied that 60 frames per second is purely an element of visual comfort.

"Framerate directly impacts the moment to moment connection between player input and what is drawn to screen. It's logically incoherent for you to complain on the one hand about any extra frame of animation drawn between actions in the game and then turn around and state that framerate has no meaningful impact on gameplay beyond visual comfort. That is factually incorrect", Holmes replied on the Teambeyond forums.

"Now if the point you're trying to make is that faster response times won't improve your experience when playing a game that brings you no joy, that is a coherent argument. Everyone has their own subjective opinions about stuff", the studio head added. 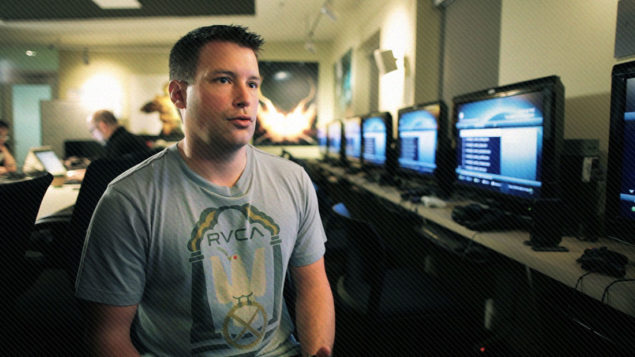 The forum user went on trying to point out that Halo 5 has some serious design flaws:

"And if we were pitting a 90 FOV player against a 75 FOV player, you might have a point, albeit an extremely thin one. But we're not. Everybody gets 60 FPS in H5. Just like everyone gets 60 FPS in CE MCC, but it's still a pile of dogshit and doesn't cover up any of the "design flaws". You know what though, fine, we can drop the FOV analogy - that still doesn't bolster the idea that someone playing on 60 FPS is going to be able to beat someone playing at 30 FPS, all other things being equal"

Holmes' response was quick and short:

Framerate and resolution are subject to many dicussions, especially this generation. Halo 5 was build with a framerate of 60FPS in mind, even sacrificing the planned split-screen mode for it.

What are your thoughts on the impact of 60FPS? Leave a comment.