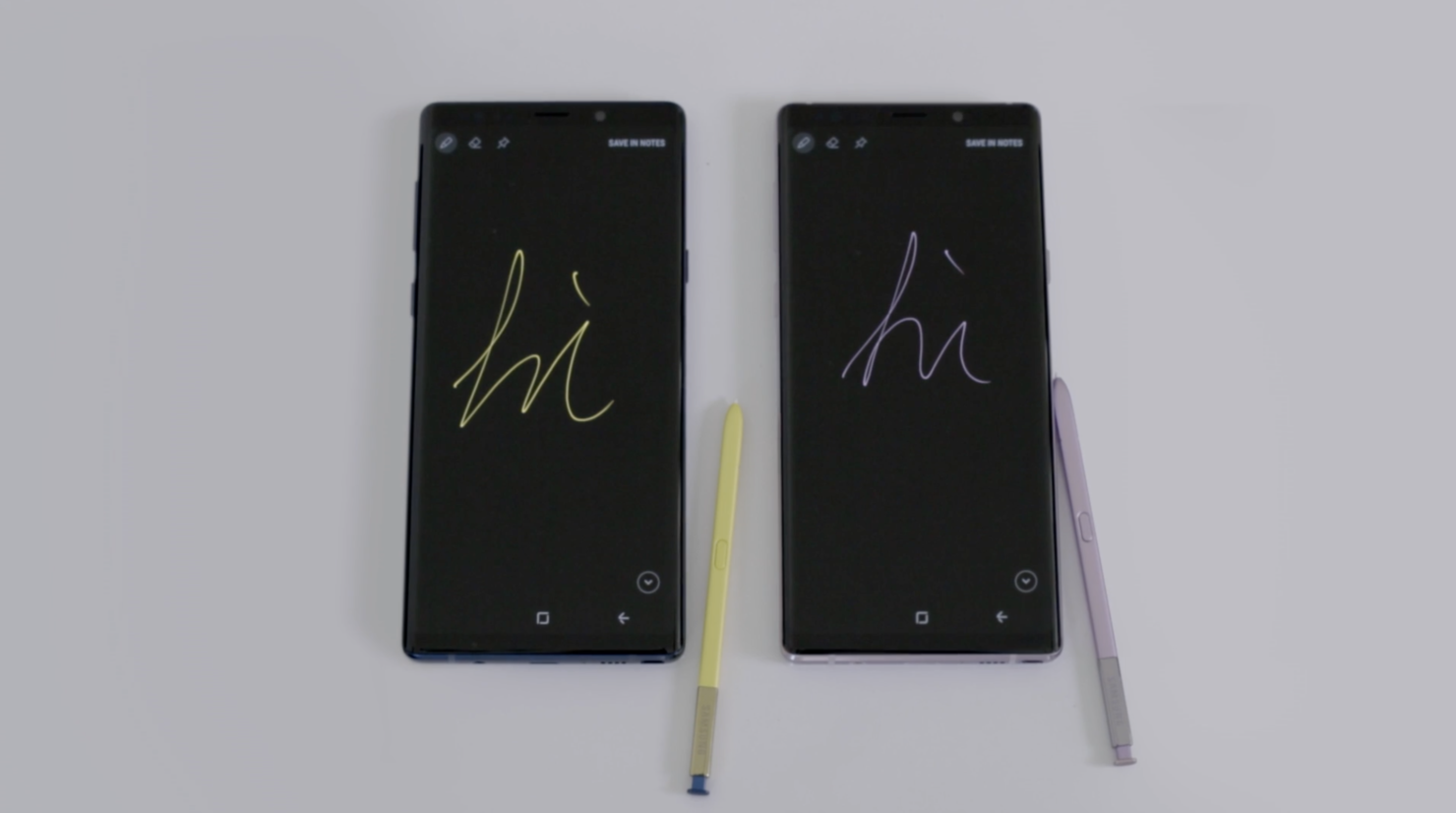 Samsung just made the Note 9 official and once again chose to focus on specific details rather than a complete upgrade. The Galaxy Note 9 marks Samsung's second flagship launch after its disaster with the Note 7 two years back, which marked one of the lowest points for the company in its history. Despite charging $1,000 for an upgrade that's mostly iterative in nature, we'll cut Samsung some slack this time as the company has made some great upgrades with the phablet. Now, we've got 29 official images of the Samsung Galaxy Note 9 for you. Take a look below for more details.

The Samsung Galaxy Note 9 is a great device if you didn't purchase the Note 8 or are looking for some serious RAM, storage, and battery options on an Android. Of course, whether the phablet's software experience has improved over its predecessor or how well the Note 9's thermal cooling systems perform haven't been determined as of yet and will take some tinkering around with the gadget to determine.

For the time being, if you're are Samsung fan or are simply interested in gadgets then we've got a lot of official Samsung Galaxy Note 9 images. These display the device and its brand new S-Pen from all angles. So, if you want to take a better digital look at the Galaxy Note 9, start off from the gallery below.

Samsung's got a good thing going with the Note lineup's form factor and hopefully, the Note 9 represents the maturity for this looks. The company started off on the current design approach with the Galaxy Note 4, by introducing a single-edged display. The approach matured on the Galaxy S6 lineup and with the Note 9, it's finally reached maturity. While DJ Koh made some big claims related to Samsung's ecosystem of appliances in today's keynote, what he really needs to focus is on Samsung's next design language for the Note lineup.

After all, the Korean tech giant might have gotten away with the iterative approach on the Note 9, it won't be able to do so next year. It's expected that virtual fingerprint sensors will play a big role in mobile design in 2019, but they don't contribute much to aesthetics. Therefore, the big question on everyone's mind, given how hard it is to introduce new designs with the massive spread of near bezel-free designs, is what's next for Samsung? We'll find out that's for sure. Till. then, stay tuned and let us know what you think in the comments section below.