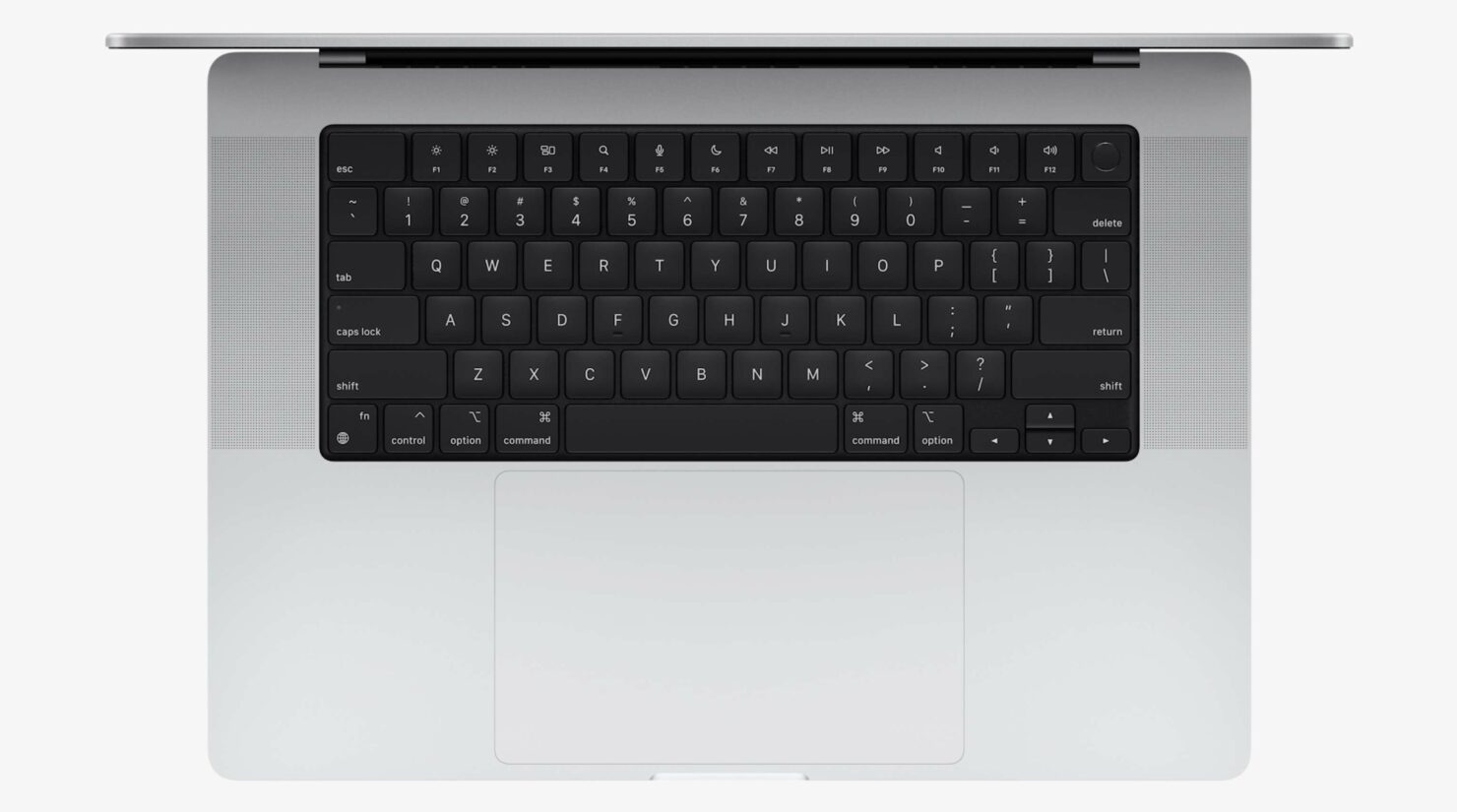 The removal of the Touch Bar might not be appreciated by many previous-generation MacBook Pro owners that could easily customize shortcuts based on their preferences, but with the re-introduction of the physical function key row, Apple has attempted to ease productivity for you as much as it can. The company has done this by adding shortcuts to these function row keys and depending on the key you press, you can bring up various commands.

The function row keys do not just boast the same size as the other keys, but they also bring new shortcuts such as Spotlight, Siri, Dictation, and Do Not Disturb. The usual shortcuts for display brightness, media playback, volume, and more have been retained, along with a new Touch ID ring that provides a more tactile feel to users when they use it to gain access to their MacBook Pro.

While these key shortcuts are improvements and will likely aid users in increasing productivity, the inclusion of a Touch Bar would have made things even more flexible. Then again, it might have been costly to retain it, and the $1,999 starting price for the 14.2-inch MacBook Pro might have been higher. Since Apple has removed the Touch Bar, do not expect it to make a return when new models are introduced, but there are other changes to look forward to.

For instance, the 2021 MacBook Pro lineup now ships with different ports, such as an HDMI 2.0 port, Thunderbolt 4 ports, as well as a MagSafe connector, and SD card reader. Both the 14.2-inch and 16.2-inch MacBook Pro models are also the first to feature mini-LED screens, with a supported refresh rate that goes up to 120Hz when needed. Depending on the image displayed, that refresh rate will lower itself to conserve battery life.

Do you think removing the Touch Bar was a step in the direction, or do you believe retaining it would have been a better choice? Are additional key shortcuts a better alternative? Tell us down in the comments.